Carson Bone has clearly embraced the proverb from the early 1800s that says, “If you don’t succeed, try, try again.”

We first connected with the Columbia, TN native in 2018 when Bone and Co-Founder John Borden, who grew-up in Knoxville, were pursuing their vision for Urban Valley Farms, a local start-up with a stated mission of providing “a sustainable source of protein on a scale that can have a real impact.” In their case, it was crickets they raised and then ground into a powder.

Fast forward three years, that company is no longer in business, but Bone has teamed-up with another individual to launch Blue Ridge Bantam with a somewhat similar focus on the sustainability of the nation’s food ecosystem. This time, however, instead of crickets, Bone and Co-Founder Khanh Nguyen are focused on bringing cell-based poultry meat to the dinner table.

Incorporated just a year ago, Blue Ridge Bantam, which is headquartered in Durham, NC, has already raised a pre-seed round and is in the midst of completing a $1.5 million seed round. Bone, who serves as the start-up’s Chief Executive Officer, is a Bioengineer with a passion for tackling global sustainability problems. Nguyen serves as the Chief Technology Officer. He has 15 years of experience working in tissue engineering and the biomedical sector. 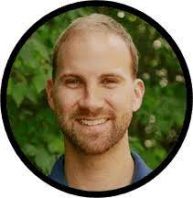 Bone (pictured here) explained that Durham was the ideal choice as a base of operations because of the talent available in the immediate area as the company, currently operating at the bench scale, perfects its technology for large scale commercialization.

So, what exactly is Blue Ridge Bantam doing? Think of it as an alternate to raising chickens and turkeys and then killing them for their meat. In some respects, it might be viewed as somewhat similar to growing a vegetable garden but with much more technology involved in the process.

As described on the start-up’s website, “Cell-based meat is produced by collecting a sample of tissue and fat cells from an animal and placing them in a controlled environment called a bioreactor where they are given everything they need to thrive and reproduce. Scaffolding is used to help the tissue and fat cells join together in a manner that produces the correct texture and flavor. The end product has the same biological makeup as traditional meat without the need to harm an animal.”

Bone says simply, “We’re in the poultry space. We started with a focus on fillet turkey cuts plus ground turkey and a rendered product like turkey fat. Those are less complicated. Long term, we want to have a product line in supermarkets.”

As it evolves the technology from the bench to commercial scale, Bone says the focus for now is on a business-to-business opportunity – providing a fat ingredient or additive for those already producing plant-based products. That can add taste to make the plant-based product more akin to what people enjoy.

“It’s the fastest way for us to get to scale for price parity to compete,” he adds.

Noting that the scaffolding architecture referenced above is the start-up’s secret sauce, Bone said Blue Ridge Bantam filed a provisional patent in May. The company is also following a similar path in developing its technology that drug companies do.

“I have taste-tested every one of our products,” he adds.

Blue Ridge Bantam was one of seven start-ups selected to participate in the New York City-based third cohort of an accelerator run by Big Idea Ventures (BIV). Described as the global leader in early stage investment in the food technology sector, BIV operates accelerators in New York and Singapore and will soon add Paris to the list.