(EDITOR’S NOTE: This article provides on update on progress made by one of the alumni companies of the “Innovation Crossroads” program operated by Oak Ridge National Laboratory. Company Founder Justin Nussbaum was also featured in a recent article in Electro Optics with the catchy headline of “Navigating the transition from engineer to CEO.”)

Ascend Manufacturing, an “Innovation Crossroads” alum and third place prize winner of the inaugural PYA-sponsored “Tom Ballard Innovation Award” in 2021,recently announced it had closed a convertible notes round with Sheltowee Angel Network as one investor. (Read our previous teknovation.biz coverage of Ascend here.)

Justin Nussbaum, Founder and Chief Executive Officer of the company, said the round will be used to hire new staff and update Ascend’s printing system. Ascend uses plastic powders and a laser projector system for 3D printing, which is unique in the 3D printing sector. The system the company uses works but was built on a low budget when Ascend first started, Nussbaum said.

“We realized that we have a pilot system that’s already functional now, but we had a lot of issues with it,” he explained. “The biggest issue that was keeping us from creating high-quality complex parts was the low-end controls and electronics, not the core technology itself.”

Nussbaum added that because they were taking parts and customizing them to an application they weren’t intended for, it was damaging those parts. Halfway through a print, one of these components would malfunction, causing a failed print, he said. Now, Ascend is purchasing a custom-made projector, which will significantly increase the quality of printed materials and enable the ability to print high-performance polymers. Nussbaum said once the equipment is installed and running, higher quality prints mean the company can begin selling parts and earning revenue. 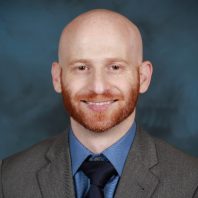 “We’re buying a custom projector specifically made for very high powers for long periods of time,” Nussbaum said. “This system will allow us to make high-quality parts, and much larger, more complex parts, too.”

Funds will also go toward hiring staff members. Nussbaum said the company has already offered jobs to people who have worked as interns for Ascend in the past. The new team members have accepted the positions and will relocate to the Knoxville area, he added.

Nussbaum first came to Knoxville in 2018 to join Cohort 2 of the “Innovation Crossroads” program. Since then, he has become rooted in the community and is working with local investor group Sheltowee Angel Network and its Managing Partner Eric Dobson. Nussbaum said he was excited to be working with Sheltowee and added that he’s been happy to see investors that were interested in the work Ascend is doing, not just “silent money.” Other investors came from general manufacturing, as well as medical device manufacturing.

“You get a lot of small-town help from very interested investors that want to work very closely with you,” he said of the funding round.

Ascend has also started a series seed round aiming to raise $3 million. This round will further help root the company in East Tennessee, allowing it to move to a larger facility and build a large volume production system.

“The machine we have right now has a build volume of roughly 6 inches by 4.5 inches by 6 inches, which is pretty small, but it proves out the technology,” Nussbaum said. “While this system was built for R&D, our large volume production system will actually be built for speed and throughput.”

The larger system will allow Ascend to build larger parts, or a larger number of smaller parts, which is where Nussbaum said the company sees the most value. The company also has plans to provide overnight injection molding services. Nussbaum estimated the new system would allow the company to print more than 200,000 parts per day from each machine, which is “unheard” of in the 3D printing industry. It would decrease lead times from many months to days.

Nussbaum said it is a very exciting time to be part of Ascend’s transition into earning revenue.

“It’s a very fun time to be a part of this and be the one driving things forward,” he said. “Early on it felt more like a research project, and now it’s starting to feel more like a business.”