(EDITOR’S NOTE: This is another article in a series spotlighting one of the companies in the just completed inaugural cohort of the “Techstars Industries of the Future Accelerator.)

Three years after launching Skintelligent, former Coca-Cola Company executive Eleanor Jones brought the start-up to Knoxville to be a part of the inaugural cohort of the “Techstars Industries of the Future Accelerator.” She’s the Atlanta-based company’s Chief Executive Officer.

Described as a “skin tech” company that develops artificial intelligence (AI) skin analysis software to assess skin based on a smart phone photo, the start-up thus far has been focused on beauty care but more recently has begun exploring the healthcare sector. 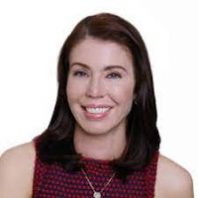 “All of our models are medical grade and are aligned to research-backed, derm-accepted scoring methods for that skin condition,” Jones (pictured right) says. “Our current AI models cover acne, hyper-pigmentation, and wrinkles.” That said, she adds that there is a technical roadmap to cover new conditions such as eczema, rosacea, and psoriasis.

As described on Skintelligent’s website, the process is fairly simple. A user uploads a selfie or recent photo from a smart phone. The Skintelligent models analyzes the individual’s skin and then sends a unique skin analysis report along with personalized product recommendations to the user.

“We spent three years developing our current models,” Jones says, noting that the technology is co-developed with and validated by dermatologists from Duke University. “We gained early traction with beauty companies,” adds Brian Keating, Head of Deep Learning for Skintelligent, who joined the company last October.

Through the just-concluded Techstars three-month program, Skintelligent expanded its exploration into healthcare, drawing on expertise at both Oak Ridge National Laboratory (ORNL) and potentially the University of Tennessee, Knoxville’s College of Nursing as well as local companies.

For example, the start-up has been working with ORNL’s cyberidentity and bioimaging teams on some foundational capabilities in the areas of image quality and facial analysis. “They have been quite helpful,” Keating says. 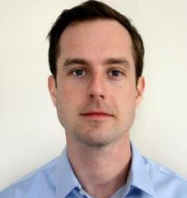 It’s not easy or fast to develop AI-based models such as the ones Skintelligent has already done and hopes to do in the future. Yet, as Keating (pictured left) explains, “If an expert or doctor can look at an image and reliably diagnose something, you can train an AI to do it.”

To be able to “train” the algorithms that drive its AI models, the company needs thousands of images. That can be a challenge, particularly in the healthcare sector where so much data sharing is governed by the Health Insurance Portability and Accountability Act of 1996, better known as HIPAA.

Keating adds that it is not technical challenges that are the reason AI has not revolutionized dermatology and other healthcare areas. Instead, he cites three factors: (1) social acceptance; (2) regulatory burdens such as HIPAA; and (3) the ability to get good datasets.

“This (AI) is a tool for a doctor to use to make diagnoses faster and better,” he adds. “Big tech has benefitted from deep learning. It’s being commoditized, and we’re ready to make a difference in healthcare.”

Jones and Keating obviously bring very complementary but difference skills to the venture. The former spent more than 13 years in various positions with the Coca-Cola Company, completing her tenure in 2018 as Director of Digital and Customer Leadership based in Singapore. She earned her B.A. in Journalism and Mass Communication at the University of North Carolina at Chapel Hill and her MBA from Emory University.

In the case of Keating, he earned his doctorate in physics from the College of William & Mary and did a lengthy post doc at the University of Hawaii in image analysis before, as he says, “deep learning was a thing.” Later, Keating worked with several companies, the last being Cortechs.ai, a San Diego-based start-up where he led the technical development of an AI-driven brain cancer app from conception through U.S. Food and Drug Administration clearance.

Jones and Meenal Kheterpal, a Duke Assistant Professor and Skintelligent Scientific Advisor, were featured in a recent episode of JP Morgan Chase & Company’s “Women on the Move” podcast series that can be viewed at this link.