What stories are capturing the sporting news headlines these days?

For sure, it is the just concluded Olympics as well as the pending conference realignments that might occur following the addition of Texas and Oklahoma into the Southeastern Conference. While acknowledging those, one might also argue that the topic that has captured the most attention and will continue to do so in the months ahead goes by a three-letter acronym – NIL.

That’s short for “Name, Image, and Likeness,” a combination of rules changes by the National Collegiate Athletic Association and new laws in many states that opened the door for college athletes to sell the rights to their names, images, and likenesses for the first time. In the State of Tennessee, legislation that was passed by the recently adjourned General Assembly and codified as Public Chapter 400 becomes effective January 1, 2022.

Those who are regular listeners to sports talk radio shows are no doubt very familiar with NIL and a recent speech by Alabama Coach Nick Saban where he was quoted as saying that the school’s starting quarterback is weighing offers that could approach seven figures (see article here). That’s before he’s played his first game as a starter.

Knowing that unsuspecting students could be taken advantage of, there’s a collaboration underway among several entities at the University of Tennessee, Knoxville (UTK) to help address NIL in a unique and sustainable way for those that it could most benefit. 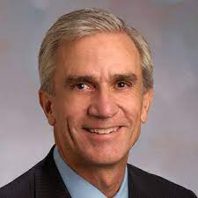 “It’s more than just monetizing a Twitter account,” said Lynn Youngs, Executive Director of the Anderson Center for Entrepreneurship and Innovation in the UTK Haslam College of Business. “It’s about building a sustainable business around the value of their name, image, and likeness.”

Youngs has been working with the Thornton Center at UTK and the College of Communication and Information to develop a brand-new course that will be offered this fall when classes start Wednesday. BUAD 399 Special Topics, as the course is officially known, is not just for student athletes, but any students who might be able to capitalize on their NIL.

“It will be just as appropriate for musicians and artists who are interested in capitalizing on their followers and launching a business as it is for student athletes,” he says. “UT wants to be out front on NIL, not following others. We want students to learn how to create a business, not just capitalize on NIL. It (the UTK approach) is intended to be a unique and differentiated offering.”

Youngs expects 60 to 75 students to register for the course that will have 75-minute sessions each Tuesday and Thursday during the Fall Semester.  The course is expected to be offered again in the Spring Semester and possibly during the mini-term that will be held between Fall and Spring Semesters as well as over the summer. The team-taught course is targeted toward juniors and seniors initially, with plans to bring other underclassmen into the course as time goes by.

The NIL course is the latest offering in the evolution of an interdisciplinary collaboration around entrepreneurial offerings for students that began in 2013. Youngs, who has been involved in all of those efforts, first alerted us to the emerging plans for a minor in entrepreneurship that we described in this August 2013 teknovation.biz article. Eighteen months later, the UTK Faculty Senate gave its approval, as noted in this teknovation.biz article from February 2015, and the minor was implemented that fall.

“Seven colleges are now contributing courses to the E-Minor,” Youngs said. It is a 15-credit hour program that is described here, and this new NIL course will earn credit hours toward the minor degree.