As noted in the feature article in Friday’s weekday edition of teknovation.biz, the all-virtual “Spring 2022 Small Business Innovation Conference” concluded with a panel of four investors whose firms have at least some focus on the life science and medical sectors. We thought their insights and advice for entrepreneurs in those sectors warranted a separate article. The event was organized by the University of Tennessee’s (UT) Procurement Technical Assistance Program, a component of the Center for Industrial Services.

As noted by each of the panelists in their introductory comments, their funds and their involvement in the life science and medical areas varies. Stevenson noted his 20-year old firm’s longtime role in organizing the “Musculoskeletal New Ventures Conference” that will return in-person this September in Memphis, while Montague said that The JumpFund’s portfolio includes four companies in the life science and medical sectors out of 26. In the case of SAGE, the firm also takes a more industry agnostic approach and employs what Forsdick described as “a unique model” as both an investor in and a provider of key management staffing for its portfolio companies. Innova originally focused on life sciences but now has a significant presence in agriculture technology as well as other tech areas.

We also noted that three of the four are investors in SweetBio Inc., the Memphis-based company that is focused on revolutionizing first aid with its APIS® manuka honey-based wound care product. In addition, both MB Venture Partners and Innova were co-founders of the “ZeroTo510” accelerator for medical device and healthtech start-ups operated by Epicenter. Also, three of the four are still active investors; The JumpFund is not making new investments.

During a robust Q&A session moderated by Nate Smith, an Associate at Innova, the panelists provided useful insights and advice for attendees who either already have or are considering launching a start-up. 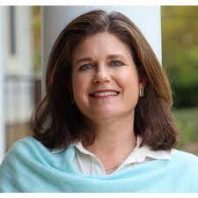 “We make investments with management teams that we have a lot of faith in,” Stevenson said in reiterating a point that had already been made by Montague about the importance of “strong founders.” She also emphasized the importance of intellectual property protection, while Stevenson stressed that MB Venture Partners is only interested in start-ups that are “focused on an unmet clinical need.” That is because the firm is helping strategics find technologies to help them address needs.

Two key considerations that were emphasized by all four panelists were: (1) a strong relationship between the founder and the investor; and (2) the importance of regular communication between the start-up’s executive leadership and its investors. “We expect at least quarterly reports,” Forsdick said, adding, “The more a company communicates on a regular basis, the easier it is to raise capital.”

“We want to foster a strong personal relationship,” Bouten explained as he emphasized another dimension of the communications piece – candor and honesty. “I get nervous when I don’t get bad news.”

Montague had probably the best analogy in describing the relationship between a founder and an investor as “a marriage and divorce all wrapped into one.” We assume the divorce is the successful exit.

Another aspect of the relationship and communication pieces was characterized by Stevenson as presenting “a realistic use of funds to advance the company . . . the time and money required to get to the next inflection point.” For those who will need some form of approval or clearance from the Food and Drug Administration (FDA), Forsdick said he expected to know when the start-up is going to run out of money and the timeframe to FDA action. 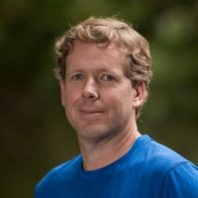 Two other pieces of advice we noted were these: