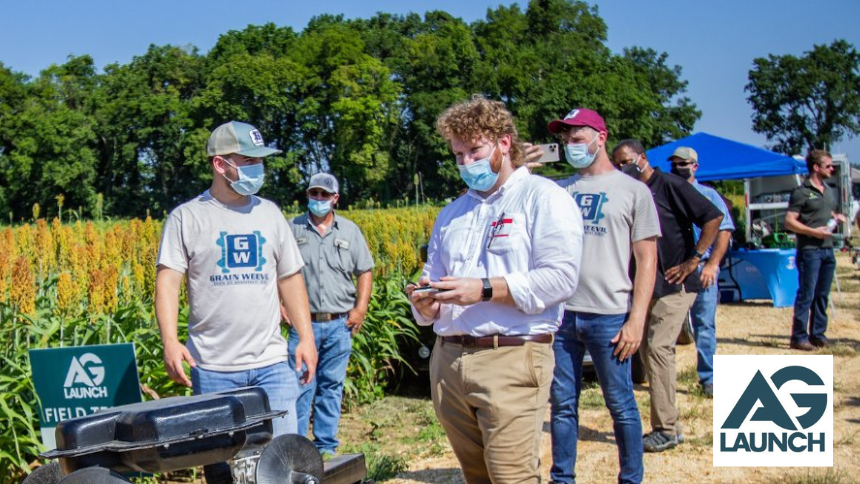 AgLaunch has now received three of the SBA’s 14 awards under its Regional Innovation Clusters initiative.

It’s another announcement from the U.S. Small Business Administration (SBA) and another win for the Memphis-based AgLaunch organization.

With this week’s news release, AgLaunch, in partnership with other organizations, has now received three of the SBA’s 14 awards under its Regional Innovation Clusters (RIC) initiative – that’s more than 20 percent of all awards across the U.S. The latest, one of two announced by SBA, is a $319,000 award to expand AgLaunch’s existing model, which places farmers at the center of innovation and economic development, this time in Oregon.

The effort will build on the strengths of other AgLaunch regional clusters and expand the Farmer Network in Oregon, specifically leveraging the Willamette Valley’s preeminence in specialty crop production and infrastructure to create, refine, and deploy better tools for farmers and agribusinesses.

“We now have a presence in Oregon, Oklahoma, Iowa and Appalachia in addition to Tennessee and the MS (Mississippi) Delta,” says Pete Nelson, AgLaunch President and Chief Executive Officer.

For those who know Nelson, you understand his passion for agriculture and the farm economy. He has built AgLaunch from the ground up – no pun intended – and is now showing the benefits of the connections he’s made and the relationships he’s built.

In November 2021, we reported on the latest award AgLaunch Engine LLC, a wholly-owned for-profit subsidiary of AgLaunch Initiative (see teknovation.biz article here). It was a five-year contract for $1.5 million where the first-year funding was used to launch the “Southern Appalachian AgriFood Innovation Cluster” including mobilizing a steering team, building communications tools, and starting to rollout key programs. That effort, in partnership with the Knoxville Entrepreneur Center, resulted in last summer’s nearly weeklong “Cultivate Appalachia Bootcamp” (see teknovation.biz coverage of the pitch event here.)

Both the “Southern Appalachian AgriFood Innovation Cluster” and the new initiative in Oregon leverage lessons learned in AgLaunch’s unique farm-centric innovation model already being implemented in the Mississippi Delta region.

SBA established the clusters to help small businesses thrive through purposeful, strategic, and focused economic development. Working together as networking hubs to maximize their resources, RICs enable small businesses to compete on a larger scale. These new clusters will join the other 12 to attract, create, and grow new business start-ups throughout several regions expanding the connectivity of technology and promoting business formation while fostering innovation, commercialization, business acceleration, mentorship, and sustainability.