A standing room only crowd of nearly 60 people, including those who were pitching, turned out early Thursday evening for the finale of the nearly four-day “Cultivate Appalachia Bootcamp” where they heard from seven of the eight start-ups that comprised the inaugural cohort. Due to conflicts, the eighth participating team was not able to pitch.

The event brought to a conclusion the first official program of the Appalachian AgriFood Innovation Cluster, an initiative organized by Memphis-based AgLaunch with funding provided by the U.S. Small Business Administration. The two-hour program attracted a mix of attendees . . . some that you regularly see at Knoxville area pitch events, but many that had to be drawn because of those who were presenting. 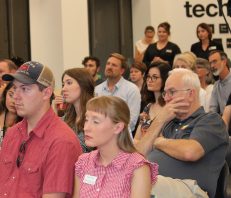 Attendees heard a diversity of ideas focused on the agricultural sector, broadly defined. Some of the presenters did not appear to have significantly modified their ideas from what we had heard on Monday afternoon when they introduced themselves to each other at the opening session. Others had made substantive changes, spurred on by what one of the program mentors described as “some candidate and tough conversations.”

But, isn’t that the image that you picture when the word “bootcamp” is used?

So, what did we learn at the event? Here’s our summary of the companies. 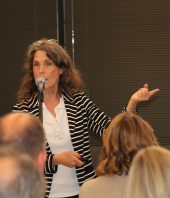 Tree of the Field is a family-owned company from Kentucky that is marketing a product called Skeeterlog® under the RediFlame umbrella of products. Pitched as the “greenest way to repel insects,” the company explains that all of its products are 100 percent all-natural, providing a green alternative to chemically treated fire logs and charcoal. They are made from clean, recycled all-natural wood that would otherwise go to waste and processed through an exclusive manufacturing technique. Founder Robin Mason (pictured here) pitched the eco-friendly Skeeterlog® at the event. 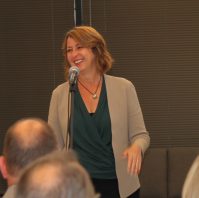 Cosmic Eats is a North Carolina-based company that Angel Turner (pictured here) described as focused on producing delicious, low risk, high nutrition food for active duty military. The concept addresses issues ranging from the dislike of MREs (meal, ready-to eat) to end-to-end food safety and supply chain disruptions in the field. She and two other Research Triangle area individuals founded the company and won a NASA “Deep Space Food Challenge” in late 2021, followed soon thereafter by a Phase II award from the Defense Advanced Research Projects Agency to build a prototype of what Turner described as the Cosmic Eats Pods. It can be setup quickly in the field and begin producing food. Here’s a report from the ABC affiliate in Raleigh on the NASA work. 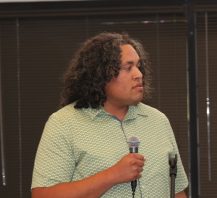 Nick Sokol (pictured here) pitched growing algae as a way to “capture carbon and save the world.” His company is named Algaeo, and it currently lists two algae culture starter kits that are or soon will be available through Etsy and eBay. One is Spirulina, which is used primarily as a food and supplement. The other is named Chlorella, and it can be used as a supplement, source of food, fertilizer, or for cosmetic products. 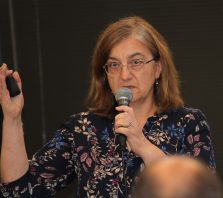 Anka Veleva (pictured here) is an alum of the “AgLaunch Bootcamp” that was held each summer for a number of years until 2022 when it was replaced by the “Cultivate Appalachia” program. During the 2020 virtual bootcamp, the former Research Professor at North Carolina State University and native of Bulgaria presented a novel proprietary technology for efficient delivery of active ingredients in agriculture that is environmentally friendly and effective. Today, she is Chief Executive Officer of Benanova Inc., a research and development company spun out of the university, and pitched Reniva Innovations which has developed a rapid on-farm early detection tool for soil pathogens. The initial focus is on plant parasitic round worms. 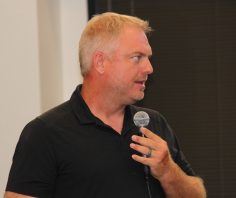 Kevin Poole (pictured here), another Kentuckian, is involved in a number of different ventures through his Hemp Cattle Company that offers hemp-grazed and finished beef. The farmer-led company is also developing other innovative products to increase farm efficiency and treat animals more humanely, so Poole had a number of options as he began the week. In the end, he settled on Pharm Huggy to present Thursday night. It is a specially equipped device – think a Yeti-like cooler – to keep the vaccines that livestock owners need in a refrigerated state for up to eight hours. “It would be saving lives by keeping animals alive,” Poole explained. 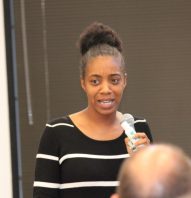 Danielle Buntyon (pictured here) is a hemp farmer from Memphis who founded Jades Elevation in 2018 and sells products online directly to the consumer after initially focusing on working through wholesalers. She describes the mission of the small family urban farm as bringing “craftsmanship back to the hemp industry.” The company lists 15 products on its website.

Meg Staton (pictured here) is an Associate Professor in the Department of Entomology and Plant Pathology in the University of Tennessee’s Institute of Agriculture. The start-up was known as AgricultureApps when it was announced as a participant. On Thursday night, it had renamed itself as Wild Type although the focus seemed to remain the same – a custom software development business that specializes in advancing the management and analysis of agricultural data. “Collecting data in the field is critical,” Staton said, explaining that she and her colleagues want to “reduce the pain of field data collection and management.” She added that the mobile app “has been built over the course of many years.”