Thomas Zacharia, the fourth Director of Oak Ridge National Laboratory (ORNL) since the University of Tennessee and Battelle assumed the management contract 22 years ago, announced his plans yesterday to retire from that role as well as serving as President and Chief Executive Officer of UT-Battelle LLC. The retirement is effective at the end of 2022.

His announcement concludes a 35-year career at the lab where he led and championed ORNL’s role as a world leader in high performance computing. ORNL has for years consistently housed the most powerful computer in the world or one of the top two or three. Just a few months ago, the lab’s newest computer named Frontier again achieved the top spot in the world rankings.

Zacharia was also a champion of wanting the region to secure a unicorn – a start-up valued at a minimum of $1 billion – and hopefully based on ORNL technology.

“An incredible leader, extraordinary collaborator and powerhouse innovator, Thomas is leaving a profound impact on ORNL and the world,” said Randy Boyd, UT System President and Chairman of the UT-Battelle Board of Governors.

Zacharia announced his retirement in an email sent yesterday afternoon to ORNL employees where he wrote the following: 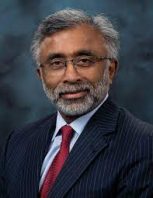 “It is with mixed emotions that I announce that I intend to retire as Director of Oak Ridge National Laboratory and President and CEO of UT-Battelle at the end of the calendar year.

I knew the day would come to bid farewell to all of you. I knew it would be difficult. When times are tough, you cannot leave. When times are better, you don’t want them to end.

Today, it feels like the right time. We are coming out of a generational pandemic. Energy transitions and climate change are among the most compelling challenges of our time. This is our moment, to make a difference, to change the world. Don’t let anything hold you back.

The breadth of talent of our staff and your dedication to cutting-edge research is awe-inspiring.

I am very optimistic about ORNL’s future and in its pursuit of excellence—to be among the premier research institutions in the world. I am very proud that mission and service continue to define ORNL on the eve of its 80th anniversary. We are stewards of an amazing legacy, and there comes a time when we all must pass that responsibility along.

Thirty-five years at ORNL and five years as Lab Director is a long time. When people ask me what I will miss most, there is no doubt it is all of you. Our staff have always been our most distinguishing strength. During the difficult days—and we have had a few—I could count on you to roll up your sleeves, focus on solutions, and to get better. In my own times of struggle, your support carried me through. And in better times, I fed off your ideas, excitement, and passion.

We have an amazing and talented team that will continue to lead and propel this institution forward. The UT-Battelle Board of Governors will soon begin the search to select my successor. I know you will give your utmost support to the next Director.

I want to especially thank my wife, Sindhu, and our children, Nia and Shaun. I could not have gone through the ups and downs of the last 35 years without their love, support, and patience.

I hope to pursue other interests in my life, but I am certain nothing will ever be as much a part of me as this Laboratory and all of you who make it such a special place.”

Zacharia was named as Lab Director July 1, 2017. His legacy is probably leading the creation of the Oak Ridge Leadership Computing Facility and the realization of Department of Energy’s goal of fielding the world’s most powerful supercomputing system. Zacharia also oversaw the establishment of the National Institute for Computational Sciences, a partnership of ORNL and UT that successfully delivered a petascale supercomputer for the National Science Foundation in 2008.

After becoming Deputy Lab Director for Science and Technology in April 2009 and serving in that role for 41 months, he left ORNL to serve as Executive Vice President for R & D for the Qatar Foundation and Chairman of the Qatar Science and Technology Park. He resumed his former role as Deputy Lab Director April 2015 and held that post for a little more than two years before succeeding Thom Mason. The other Directors under UT-Battelle’s oversight were Bill Madia and Jeff Wadsworth.

More recently, Zacharia became a champion for what is now known as the “Techstars Industries of the Future Accelerator” after Techstars Co-Founder Brad Feld spent a week in the area in 2019. One of his stops was at ORNL. The next year, UT, ORNL and the Tennessee Valley Authority funded an assessment of the region’s innovation and entrepreneurial ecosystem that led to the announcement that the three organizations were making a three-year commitment for the accelerator. Cohort 1 completed its three-month experience at the end of May.

The official ORNL news release about Zacharia’s retirement can be found here.