It put an exclamation point on how fast the electric vehicle (EV) movement and other advanced energy initiatives are transforming the landscape of the Volunteer State and the important role that TAEBC plays in championing that sector.

Yesterday’s focus was on East Tennessee following sessions earlier this year that spotlighted developments in the other two grand divisions of Tennessee. Over a fast 60 minutes, there were presentations from about a half-dozen individuals starting with Deb Crawford, Vice Chancellor for Research, Innovation and Economic Development at the University of Tennessee, Knoxville (UTK), and ending with Krause. 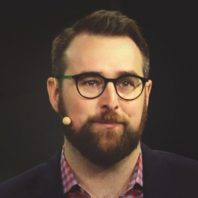 “VW has found a very comfy home in Chattanooga,” Krause told the group as he made his brief comments from the driver’s seat of Volkswagen’s new ID.4 EV. Noting that the global automotive giant is known for its iconic Beetle which brought “mobility to the masses,” Krause said that is the plan for the ID.4, adding that it is already the second best selling EV in the market.

He also highlighted the investments that suppliers are making to support EV production at VW’s expanded plant in Chattanooga. And, Krause mentioned partnerships with Oak Ridge National Laboratory (ORNL), the Institute for Advanced Carbon Composites Manufacturing Innovation, and UTK – there are three PhD students engaged with the Volkswagen Innovation Hub located at the UT Research Park (see teknovation.biz article here)

Drawing on the mission of her office – “Making Life and Lives Better,” Crawford talked about the group’s three focus areas – discovery, talent development, and place-making. “Everything we do tends to be informed by partnerships,” she said.

Nearly one-half of the federal funding that UTK receives – 44 percent to be exact – comes from the U.S. Department of Energy (DOE). The next highest amounts are the National Science Foundation (17 percent), Department of Agriculture (12 percent), and Department of Defense (10 percent). 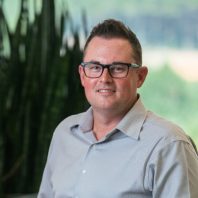 Heath Jones, Managing Director of the fairly new North American headquarters of Hitachi Zosen Inova in Knoxville, described its rapidly growing operations focused on the circular economy. The global cleantech company operates in the energy from waste (EfW) and renewable gas space, recovering what is it describes as “precious renewable energy from waste materials.”

The company has 45 to 50 local employees.

TAEBC posted a video of the session at this link.