Clean energy consumed most of the discussion time during this week’s annual meeting of the Tennessee Advanced Energy Business Council (TAEBC).

Hosted virtually, hopefully for the last time, the event included a presentation by Melissa Klembara, Acting Deputy Director for Portfolio Strategy in the Office of Clean Energy Demonstration (OCED) at the U.S. Department of Energy (DOE), and a Q&A with TAEBC Executive Director Cortney Piper and John Bruck, Director of the Spark Innovation Center at the University of Tennessee Research Park (UTRP).

FirstBank’s Jim Mosby and Piper also announced that the statewide financial institution has signed-on as sponsor of a new TAEBC podcast series that will launch this fall under the “Energizing Tennessee” brand. Twelve episodes are planned in the initial series. 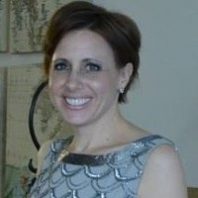 Klembara (pictured here) is a 20-year veteran of DOE and one of 20 staff members in the new organization that was established in December 2021 as part of the “Bipartisan Infrastructure Law” to deliver clean energy demonstration projects at scale through partnerships with the private sector. The goal is to launch or accelerate market adoption and deployment of technologies, as part of an equitable transition to a decarbonized energy system.

Describing it as a “small, growing program,” Klembara said OCED is quickly hiring 275 to 300 people, both full-time and contractors, to deploy $20 billion in support of clean energy technology demonstration projects in areas including clean hydrogen, carbon capture, grid-scale energy storage, and small modular reactors. Specifically, as outlined in this fact sheet, the funding will be allocated as follows:

“We are focused on moving things from bench/lab scale to being bankable,” she explained. “We want to have market pull” through funding that de-risks technologies and unlocks capital needed to take them forward.

TAEBC is a partner in the new “Spark Cleantech Accelerator” that is funded through a DOE grant to a team comprised of Evergreen Climate Innovations (formerly known as the Clean Energy Trust) and mHUB in Chicago, Centrepolis in Detroit, and the Spark Innovation Center at UT. In addition to TAEBC, the local component is being offered with the support from the City of Knoxville, TVA, UT, UTRP, and other partners to support early stage cleantech businesses and drive commercialization of their technologies in Tennessee and throughout the Midwest. 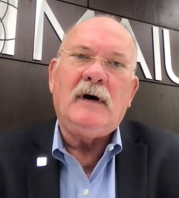 “The ‘Cleantech Accelerator’ needs to be thought of in the context of the Spark Innovation Center,” Bruck (pictured here) said. That program has six resident and three non-resident or virtual members, most involved in some aspect of energy. As such, the new program will further reinforce the Knoxville-Oak Ridge region as an innovation hub, particularly in energy, when its inaugural cohort of six participants arrives in June.

In answer to a question from Piper, Bruck said, “I’m not just hopeful but confident that the cleantech sector will continue to grow” here. He did say that a big challenge is available and affordable lab space along with “channels of capital in all forms.”