One could logically conclude after Tuesday’s “Statewide Energy Incentives and Programs Webinar” that there are many opportunities in the Volunteer State for those businesses focused on energy and transportation and, depending on actions in D.C., more forthcoming. 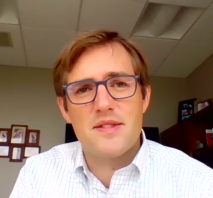 Hosted by the Tennessee Advanced Energy Business Council (TAEBC), the event featured a panel of representatives from TVA and the Tennessee Department of Environment and Conservation (TDEC). The two-hour session was moderated by Chris Bowles of the Bradley law firm who is TAEBC President and was also a presenter, discussing state tax laws and incentives.

For the member-based organization, the webinar was the second virtual session in about a week, following its annual TVA “Lunch and Learn” that featured Jeff Lyash, the utility’s President and Chief Executive Officer (see teknovation.biz article here). It also preceded by two days the release of the 2021 edition of TAEBC’s “Tennessee Advanced Energy Economic Impact Report” (see today’s lead article in teknovation.biz here).

Much of the interest on Tuesday focused on topics covered by Ryan Stanton, TDEC’s Senior Consultant for Strategic Energy Initiatives, who divided his rapid-fire presentation into five topical areas: (1) energy in transportation; (2) energy efficiency and renewables; (3) resilience and mitigation; (4) new legislation passed by the Tennessee General Assembly; and (5) the not-yet-passed federal infrastructure legislation. 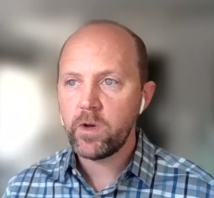 Stanton described how the Volunteer State is strategically deploying the $45.8 million that it received under the Volkswagen diesel scandal settlement program to reduce NOx emissions. Grants have been given to purchase Washington County’s first electric school bus and for transit, shuttles, and Class 4-8 trucks. Next up is a partnership with TVA to implement a “Fast Charge Corridor” across Tennessee with electric vehicle (EV) facilities available within 50 miles of each other along the state’s interstate highways as well as many secondary highways. Stanton also talked about a partnership with Rivian to deploy EV charging stations in state parks.

The recently concluded session of the Tennessee General Assembly saw passage of two key pieces of legislation. One that he called the “Guaranteed Energy Savings Performance Contracting” initiative makes permanent what had been a pilot program that Stanton described as “a tool for state agencies” to use for energy efficiency projects. Eligibility was not extended to public higher education and local governments, however.

The other bill, called the “Commercial Property-Assessed Clean Energy and Resilience” program (C-PACER), was enabling legislation that would allow local jurisdictions to utilize the tool to finance energy efficiency and renewable energy improvements on commercial property.

Acknowledging that the federal infrastructure bill is still very much of a work in progress, Stanton said the current provisions include $7.5 million for EV charging infrastructure. $7.5 billion for electric buses and ferries, $550 million to resurrect an energy efficiency and conservation block grant program utilized during the 2008-09 economic downturn, and $73 billion for grid modernization with $8 billion carved out for four regional hydrogen clusters. 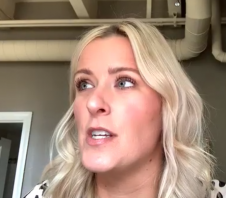 Noting that her focus was on programs for commercial customers, Henson said, “Our goal is to have solutions that serve any type of need.” The program she described fall into four categories: (1) dispersed power production; (2) the “Green Invest” program; (3) the “Green Switch” initiative; and (4) “Green Flex” program.

She described the “Green Invest” initiative as “pretty new,” having been developed in 2018 in response to needs for two major economic development projects associated with Facebook and Google. “It allows customers to customize what they want,” Henson said, but it requires a longer-term commitment. “GreenFlex,” on the other hand, requires a one-year contract with a minimum commitment to purchase 2000 RECs (renewable energy certificates) during the 12-month period.

Boehm touched on TVA’s “EnrgyRight®” program, describing how it works. He also suggested that there might be some new announcements later this year that would be of interest to attendees.

Bowles discussed tax programs in the energy sector that could benefit businesses as well as other state incentives. Because he is an attorney, much of his presentation was nuanced, so we have chosen to not summarize it to avoid misstating anything.