The subheadline of this article says it all: “Biotech start-up SweetBio and VC firm VamosVentures receive funding through Apple’s Racial Equity and Justice Initiative.”

As many in the State of Tennessee entrepreneurial ecosystem are aware, Memphis-based SweetBio was co-founded by Kayla Rodriguez Graff and her brother, Isaac Rodriguez. The start-up participated in the “ZeroTo510” accelerator in Memphis and in the fourth cohort of Launch Tennessee’s “The TENN” master accelerator in 2017. 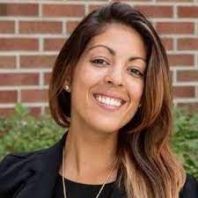 It is a medical device company specializing in bioengineering honey-incorporated materials for wound care. As described on the company’s website, “Wounds, regardless of location, are complex and require a multifaceted approach for healing, yet current products have a singular, restricted ability. Manuka honey is one of few materials capable of this advanced  approach, however it is unusable for advanced treatments in its messy, short term and topical form. Our technology, MX™, leverages the benefits of Manuka honey without its limitations to unlock a highly demanded, triple-action impact on the key offenders preventing healing.”

SweetBio is one of a number of Latinx-founded companies that has received funding from VamosVentures, a venture capital impact fund that invests in diverse, technology-enabled companies across the country.

As part of Apple’s recently launched initiative, the company has invested a collective $50 million in a number of firms that focus on Black- and Latinx-owned businesses, including VamosVentures, and SweetBio is one of the start-ups in which Vamos invests.