The ‘Twende” program at the Nashville Entrepreneur Center’s (EC) has drawn praise from many sectors and, thanks to additional funding from the State of Tennessee through Launch Tennessee, the initiative focused on entrepreneurs of color will be expanded to individuals located in other parts of the Volunteer State.

The expansion was formally announced and celebrated in a hybrid (in-person and virtual) event yesterday morning. 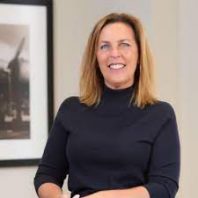 “We’re on a mission to make Tennessee the most supportive state for entrepreneurs of color, and we’re honored to work toward a more robust and inclusive business community across the state,” said Jane Allen, Chief Executive Officer (CEO) of the EC. “We know that entrepreneurship drives economic success for minority communities, and by expanding entrepreneurship like we’re doing with Twende, we can support shrinking the racial wealth gap by as much as 80 percent. We’re excited to grow this program and continue to provide opportunities for business success to people across Tennessee.”

Started in 2019, ‘‘Twende,” which means “let’s go” in Kiswahili, the native language of the Swahili people, has served 32 entrepreneurs to date and has 20 enrolled in its existing Nashville-based 12-month 2020-21 cohort. The EC says that companies that participate in the program on average have a 140 percent year-to-year revenue growth, and 55 percent of “Twende” companies outperformed their pre-COVID pandemic projections.

“Twende” has a virtual network that offers entrepreneurs of color access to a world-class curriculum, supportive community, and individualized mentorship. Benefits of being selected to participate in the program include access to more than 300 industry mentors who can provide hands-on support, connections to statewide business leaders as well as EC alumni and staff, and drop-in co-working space located at the EC’s office in downtown Nashville. 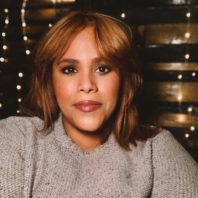 “One of our main priorities is tackling inequalities and leveling the playing field in entrepreneurship,” said Brynn Plummer, Vice President of Equity, Inclusion and Community at the EC. Even though she is based in Nashville, Plummer is no doubt a familiar face to those who have watched the EC’s “Pitch for Good” series where she has served as moderator.

“The median net worth for Black business owners is 12 times higher than Black non-business owners,” Plummer said. “Further, the rate of entrepreneurship is 6.75 percent for Black and Hispanic Tennesseans and 11 percent for non-minority Tennesseans, so closing this gap would yield new job growth, reduce unemployment, and add millions to our economy. And because of our partnership offerings and resources, ‘Twende’ can easily scale and maintain a statewide network of support for founders of colors, making Tennessee the first state to create such an initiative.”

The EC’s goal is to serve at least 200 entrepreneurs through the expansion of “Twende,” and applications are now being accepted at this link until 11:59 p.m. CDT on October 22. Any entrepreneur who identifies as a racial or ethnic minority in a U.S. context and is a CEO or Co-Founder of an existing business that is scaling its operations is eligible to apply. The company can have between $15,000 and $75,000 in annual revenue. Those selected will participate in virtual sessions from 2 to 3:30 p.m. CDT on Thursdays.