There’s another long-time organizational leader in the Oak Ridge economic development ecosystem who is retiring. 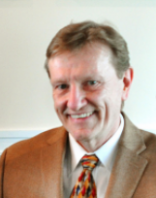 Lawrence Young, who has served more than 26 years as President and Chief Executive Officer (CEO) of the Community Reuse Organization of East Tennessee (CROET), is retiring, and the Board of Directors has named his successor. Teresa Frady, who has been with CROET for 22 years, has been named President and CEO. She has risen through the ranks with increasing responsibility, serving in roles as Account Manager, Accountant, Chief Accountant, Chief Operating Officer and Executive Director.

CROET is a regional economic development nonprofit focused on repurposing U.S. Department of Energy (DOE) legacy facilities and property for private sector development and job creation. The change in leadership at CROET follows by less than two months the announcement that Jim Campbell is retiring at the end of March as President of the East Tennessee Economic Council (ETEC), also after 26 years. His successor is ETEC Vice President Tracy Boatner.

“I am so pleased that Teresa has accepted the challenge of leading CROET into its next phase,” Young was quoted as saying in a news release. “Teresa has been an integral part of the success of the organization, and I am confident that she, as my successor, will enhance upon the legacy established by the organization’s founders.”

Frady noted that she faces a huge challenge in continuing Young’s excellent stewardship but is excited about taking on this new role and is honored and grateful for the confidence the Board has placed in her.

“These are exciting times, with the majority of the cleanup at the former K-25 site having been completed by DOE’s contractor but there is still much work to be done to complete the redevelopment of Heritage Center,” said Frady. “I look forward to leading CROET into the next phase in the development of Heritage Center and building on the legacy that Lawrence and many others helped create.”

Since its inception in 1995, CROET has been successful in its mission to lease and sell property at the former K-25 site (now known as the East Tennessee Technology Park and Heritage Center) and at Oak Ridge National Laboratory to private sector entities. Such transactions create “win-win” situations for regional economic development, allowing businesses to expand their operations in proximity to the national laboratory while also providing new purpose for underutilized land and facilities that were previously owned and managed by DOE.

In addition to creating high quality jobs for the area, reindustrialization efforts supported by CROET provides both additional tax revenue to the City of Oak Ridge and Roane County, as well as cost savings to the federal government which no longer needs to expend funds to maintain those assets.