Almost seven months to the day after the Co-Founder and Chief Executive Officer of Kairos Power shared preliminary plans for a major investment in Oak Ridge during the annual meeting of the East Tennessee Economic Council, state and company officials announced on Friday that the project is going forward.

The privately-funded company will invest $100 million and create 55 jobs to deploy a low-power demonstration reactor at the East Tennessee Technology Park or Heritage Center in Oak Ridge. That’s the former site of the K-25 Gaseous Diffusion Plant. 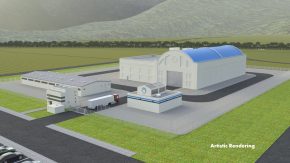 Kairos Power received $303 million in funding from the U.S. Department of Energy and Office of Nuclear Energy’s program for risk reduction projects to support the design, licensing and construction of the Hermes low-power demonstration reactor.