(EDITOR’S NOTE: This is the second article in a series spotlighting Scottie Johnson, a Knoxville entrepreneur who turned his passion for boom cars into a thriving and ever-growing set of businesses.)

During his college days, Johnson says that he changed majors on several occasions before settling on industrial engineering. Meanwhile, his propensity for business was evident early on. He rose to becoming manager of the pizza restaurant when his brother shifted to launching a second business making kitchen cabinets. Johnson eventually became manager of that business, too. 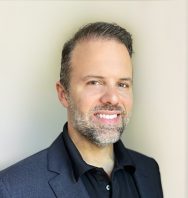 “Managing the pizza restaurant was my introduction to being an entrepreneur,” Johnson (pictured left) says. He also learned early in life that entrepreneurship has its ups and downs as both his brother and father were in the kitchen cabinet business, albeit in different sectors. One focused on residential markets while the other served the commercial sector.

“I saw the struggles my brother and father faced,” he said, something that allowed him to focus on another potential business sector that was also his hobby: competing in boom car competitions. As noted in the first article in this series, boom cars are equipped with an audio system that produces excessive sound pressure levels (SPL). The pounding bass noise can be heard and felt over a wide distance, rattle windows and travel through walls. The SPL is generated by much more powerful batteries than those needed to simply propel a traditional vehicle.

Johnson not only outfitted his own cars, but he also developed his own homemade batteries in the kitchen cabinet shop of his brother. That drew attention as he competed around the region in shows, including Power Master in Knoxville that needed to hire someone.

Those doing the recruiting subsequently told Johnson that they asked themselves, “What about that guy in Kentucky who makes his batteries in a cabinet shop?” He was hired and joined the company in January 2006 where he helped develop a 16-volt battery for Powermaster.

“It was insanely popular,” Johnson said, adding, “We sold thousands of batteries and chargers in the first year.”

In the latter part of the decade, Powermaster wanted to divest itself of the various divisions it had built. A year later, the owner of Powermaster was ready to sell the battery business, and Johnson was interested but also challenged.

“I developed a business plan but could not get financing without some of my own investment capital,” he told us. It took him more than a year to cobble together enough funding so that Regions Bank would make a loan to him.

The transaction took place in January 2011, and Johnson moved the business, now known as XS Power Batteries, to its current location at 2847 John Deere Drive. A few years later, he was able to buy TurboStart and locate it adjacent to XS Power Batteries.

“We operate them as separate brands,” he explained. “We’re killing them (the competition) in the racing battery and collector car segments.”

Ever the entrepreneur, Johnson says he later noticed a hole in the market and launched a distribution company named Showtime Electronics. Its goal is to be the most well-known and sought after source for car, marine, and off-road audio and electronics. Showtime is a wholesale distributor of brands such as Kicker, XS Power Batteries, Crescendo Audio, Down4Sound, DS18, Kenwood, JVC, and Wet Sounds.

NEXT: More opportunities and acquisitions.