(EDITOR’S NOTE: This is the final article in a two-part series spotlighting an effort in Knoxville to turn the Downtown Island Home Airport into a new piece of the city’s “civic furniture.” The first article can be found here.)

One of the organizers of the “Friends of Downtown Island Airport” (FODIA) described the facility as a “Diamond in the Rough.” With 160 airplanes based there, it serves mostly recreational pilots, but the FODIA group hopes to make it more of a broader community asset and a weekend destination for pilots.

Ivy McIver, President of FODIA, cited a number of other similar airports that have become community assets and are attracting recreational pilots who fly in, most frequently on the weekend, to combine their love of flying with other interests like biking, hiking, fishing and, yes, even eating. 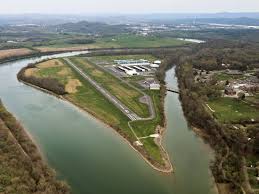 “Downtown Island Airport is really unique,” McIver says, starting with the fact that, as its name implies, the facility is located on an island. “It’s both uniquely positioned and geographically unique,” with craft breweries within walking distance along with assets like Ijams Nature Center and the Urban Wilderness.

“Airports can be intimidating; they’re not always a welcoming place,” McIver adds, yet they can also be an inspiration for young minds and another way to stimulate individuals to consider STEM (science, technology, engineering and mathematics) careers.

The FODIA group strives to work with organizations like the Metropolitan Knoxville Airport Authority, Knoxville Chamber, Island Home Park Neighborhood Association, and South Knoxville Neighborhood and Business Coalition to support the further visioning for the airport that also adds to its value as a key and valuable piece of the community’s “civic furniture.”

“No one is tying all of this together, so that’s the mission of FODIA,” McIver says. In doing so, she explains the group is drawing from other communities that have turned general aviation airports into more than just a place where airplanes take-off and land. Two of the common elements are food and a celebration of aviation. 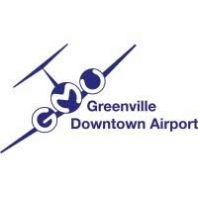 Nearby Greenville, SC is frequently described as a city that Knoxville admires. Certainly, the Upstate South Carolina community is known for its entrepreneurial ecosystem, and Mayor Knox White has spoken on at least two occasions in the past few years at local events. The Greenville Downtown Airport (GMU) is centrally located only three miles from the heart of Greenville’s award-winning downtown. “While at GMU, enjoy a great meal at the Runway Cafe, let the kids play at Runway Park, or visit the Military History Museum in our community corridor,” the airport proclaims on its website. “We conduct scheduled airport tours for the public and host community events near our park. Greenville’s local rails to trails walking and biking path, the Swamp Rabbit Trail, will be extended to pass just south of the airport in 2022. A spur that connects the Trail to GMU’s community corridor will be added shortly thereafter.” 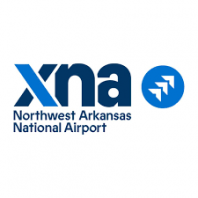 Another rapidly growing entrepreneurial hotspot is Bentonville, AR, home of Walmart. Like Knoxville, it is known for mountain biking tracks and hiking trails. In an article published earlier this year in Flying magazine, Thaden Field was described as “the coolest airport in the country.” The article noted that “this airport in northwestern Arkansas has been the beneficiary of strategic thought and investment into what was historically a typical general aviation airport. These efforts have enabled the construction of dedicated aerospace-related facilities, while concurrently honoring a local name that’s well known in national aviation circles.” Thaden Fieldhouse, located at the airport, is home to a variety of vintage warbirds, aerobatic planes, bush planes, and helicopters that are in constant change. There is the always present restaurant – Louise’s Café – along with a dedicated playground space for kids, pedal airplanes in the exhibit hangar, pickleball courts, an archery range, indoor climbing range, and nearby brewery.

Driggs, ID might be a community that is unfamiliar to biz readers unless you came across it during a visit to nearby Jackson Hole, WY. At 6,000 feet in elevation, it attracts those seeking adventure and natural beauty in a relaxed small town. The population is about 2,500 full-time residents, and the city proclaims on its website that visitors can “find adventure in our gastronomic landscape where gourmet cuisine abounds in our many restaurants, and locally made craft beer, distilled spirits, a neighborhood butcher, and a 100-year-old soda fountain add distinct flavor.” Driggs-Reed Memorial Airport is home to Warbirds, a restaurant that proudly proclaims it started “the Valley’s finer dining scene over 20 years ago (and) we are proud to still be a special place to come celebrate heart felt moments and more.” McIver says there’s a museum onsite with older airplanes and events such as a string quartet every Friday night that helps attract people to the facility. 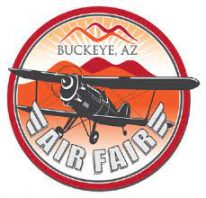 The Buckeye, AZ airport is in Maricopa County, AZ. Like other general aviation airports, it serves more of the recreational flyer, but it also supports in one way or another a series of unique events. One is the ninth annual “Buckeye Marathon, Half Marathon, 10K, 5K and 1 mile run. Known for its downhill and fast course (marathoners will drop more than 530 feet in elevation from the start to finish), the marathon route ends on the airport. The three-day “Buckeye Air Fair” in February 2023 will include: (1) the seventh year for “SciTech Festival” that provides interactive science, math and technology activities; (2) something called the “STOL (Short Takeoff/Landing) Drag Landing and Take-Off” event that takes a traditional STOL competition to the next level in what is described as an “extremely spectator friendly” activity; (3) a “Kids Zone” that includes a bounce house, zip line, pirate ship, swing, carnival slide, train, and obstacle course; and (3) a variety of exhibits.

“Growing anything takes care and feeding,” McIver says. “It is important that we do this in a way that integrates it as part of the community. Knoxville is a pretty special place . . . great weather, affordable living, nice people, and wonderful assets. I would like to see it be an even greater place.”