(EDITOR’S NOTE: This is the first article in a two-part series sharing the story of how a Knoxville-based start-up has gone from no paying customers to being on the verge of its “hockey stick” moment thanks to persistence, patience and some help along the way.)

You hear a good deal about boot strapping a company and growing it on a shoestring budget. Thanks to a suggestion from one of our regular readers, we are delighted to tell the story of just such a company in our own backyard that is now at what might be its “hockey stick” moment.

SmartRIA Inc. is a start-up that we have followed on teknovation.biz since our initial two-part series (Part 1 and Part 2) posted about seven years ago. As noted in those two articles, the start-up was an outgrowth of a capability that Roger Kiger, Chief Manager and Wealth Strategist at Visionary Horizons Wealth Management, developed to support the latter company’s needs. 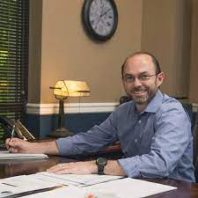 As he explained to us in that initial interview, his company provided customized asset management and financial planning for high net worth individuals and retirement plans. That requires firms like Visionary Horizons to make sure they comply with all rules and regulations. To help do so, Kiger had built “a series of Excel spreadsheets” over a decade and decided it was time to develop an automated version of the spreadsheet that would serve small, independent investment firms or even individual advisors.

“We spent three years developing the software,” he told us in 2014, adding that the fuel for the product that SmartRIA has evolved over the years was an audit of his firm conducted by the Tennessee Department of Commerce and Insurance. These usually take a week, but the State Auditor left after just two days after telling Kiger that his files were so well-organized that he had everything he needed.

“We used it internally but did not have the capacity to further develop it until we brought Mac (Bartine) on board in January 2016,” Kiger added. Bartine, who had his own start-up at the time named, told us in this 2017 teknovation.biz article that he agreed to meet with Kiger on a whim. “I was still planning to do Instartly (the start-up with which he was engaged), but I left that meeting fascinated with the opportunity,” Bartine says. “Roger and I hit it off immediately,” and by early 2016 he was serving as SmartRIA’s Chief Executive Officer (CEO).

The start-up had no paying customers when Bartine came on board, but SmartRIA gained some traction through a combination of patience, persistence and some early help. Kiger describes it as “creativity,” while Bartine says it is the team’s “scrappiness.” Regardless of the term you use, SmartRIA has navigated the funding challenges that face most start-ups and is now poised for significant growth, something that eludes many new ventures.

So, for those who wonder how SmartRIA evolved to this stage, we’re happy to share the story. 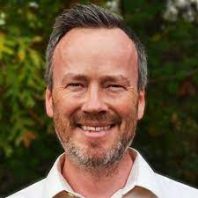 “We raised $250,000 in 2016 although it took the better part of the year to do so,” Bartine says. In addition, SmartRIA also secured a U.S. Small Business Administration microloan of $50,000. “We approached Three Roots Capital, but they referred us to Pathway Lending.” As Grady Vanderhoofven, President and CEO of Three Roots explained, “All of the capital we had available for small loans was already committed, so we introduced them to Pathway Lending, and Pathway made a microloan to SmartRIA under their SBA microloan program.”

To underscore the frequent adage that entrepreneurs need to be “all in,” Bartine said, “Roger and I used our houses as collateral” for the loan. And, as he had done from the outset, Kiger added, “I was the last resort (for funding) for a couple of years. Mac has really done it on a shoestring budget.”

In those early years, SmartRIA redesigned the product including adding in a role for compliance attorneys and consultants. The company was operating with two employees – Bartine, a sales person, and contractors as needed. It converted from an LLC structure to a corporation.

As 2017 drew to a close, some positive developments began to occur. SmartRIA was one of 12 companies selected to pitch during the “FinTech Venture Day 2017” in Milwaukee that was sponsored by Golden Angels Investors. It subsequently was invited to a fintech night hosted by Cintrifuse in Cincinnati where it was introduced to some Queen City area investors including ConneticVentures.

The start-up brought in $350,000 in funding in 2018 and had raised a cumulative $1.5 million by the end of 2019. Meanwhile, as reported periodically in articles on teknovation.biz, SmartRIA was gaining traction in other ways. It executed an agreement with SS&Cs’ Black Diamond Wealth Platform to significantly streamline the surveillance of compliance activities for well-established registered investment advisory firms (see teknovation.biz article here) and it acquired two firms (see teknovation.biz post here), also in 2019.

Instead of knocking on funding doors, SmartRIA was getting calls from several firms that were interested in making MRR (monthly recurring revenue) loans. “We decided to do our own,” Bartine says, adding that it received help from Three Roots. “The more we grew, the faster we paid it back.”

NEXT: COVID-19 impacted many businesses, and SmartRIA was not immune to the effects. How did it cope and where is it today?