(EDITOR’S NOTE: CQInsights PBC was selected by the judges as winner of the pitch competition during last week’s “Startup Day” Knoxville annual event. Here’s an update on the progress that the team has made.)

“I know healthcare is going to transform,” Bruce Ramshaw says confidently while adding, “I just don’t know if it is in five years or 50.”

That uncertainty, however, has not dampened the spirits of the long-time surgeon with a specialty in the treatment of hernias from his other long-time professional passion – applying data analytics in ways that lower healthcare costs while also improving patient outcomes.

“I decided to go all-in in January,” Ramshaw said when we caught-up with him recently for an update on CQInsights PBC (CQI), the Knoxville-based start-up for which he serves as a Managing Partner. In fact, he said, “We’re all three fully committed,” a reference to his other two Managing Partners – Remi Forman and Briana Alvoid-Preston. 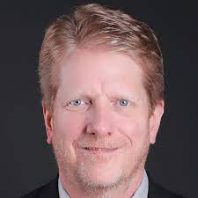 We met Ramshaw about six years ago, soon after he moved to Knoxville from Florida. By then, the combination Surgeon and Entrepreneur had already co-founded a data analytics company named Surgical Momentum. Its thesis was enhancing patient care by learning from and therefore improving decisions made in the treatment of patients.

“We worked through our proof of concept in Florida but determined that the way we structured Surgical Momentum was not scalable,” Ramshaw told us in this 2017 teknovation.biz article. So, that start-up was shut down, and CQI was launched with the same overall goals – reduce cost, improve outcomes, and increase patient satisfaction.

Much of Ramshaw’s early quality improvement work was focused on hernia repair surgery, so he cites a project undertaken by CQI that shows how a thorough analysis of all data can cause potentially different decisions for a healthcare team. In the case cited, the team analyzed outcomes for about 125 patients who underwent laparoscopic ventral hernia repair over a five-year period.

“It’s a painful surgery,” Ramshaw says. The CQI project examined the use of something called the AirSeal® System during the surgery itself in combination with a long-acting, local anesthetic named EXPAREL that is also administered during surgery and is targeted, working directly at the surgical site, potentially lasting for days.

“Combined, they had a much bigger impact,” Ramshaw explained. The length of stay for patients dropped by at least one day, increasing patient satisfaction. Ironically, even though the drug itself is more expensive than other options, implementing it with the CQI method and combined with other process improvements, resulted in better patient outcomes and in a net increase in the bottom line of the hospital.

Ramshaw says that the service CQI provides is much like what streaming sites like Netflix do. “It’s understanding the market segmentation of patients to provide optimal solutions.”

In 2020, CQInsights secured 510(k) U.S. Food and Drug Administration (FDA) approval for a client, removing a contraindication and adding new indications for the client’s device using only real-world data generated through the CQI method without the need for submission to an Institutional Review Board (IRB) or a traditional clinical trial. Although the primary goal of the CQI method is to improve patient outcomes and lower costs (improving value), other uses of the data include oral presentations, scholarly publications, sales and marketing training and materials, and now the FDA regulatory process.

Continuing its work with ConMed that owns the AirSeal® System mentioned above, CQInsights has a current project in multiple children’s hospitals to evaluate the use of the AirSeal® System in children under 20 kilograms. The AirSeal® System allows minimally invasive abdominal operations to be performed with lower abdominal pressures than a typical insufflation system. Currently, AirSeal® is indicated for patients who weigh 20 kilograms or more, but pediatric surgeons have recognized that operating with lower pressure in children under 20 kilograms should be better for those smaller patients, so they use the system “off-label”. The data collected through CQInsights’ work with the clinical teams to apply the CQI process to improve outcomes will also be presented to the FDA in an attempt to gain an expanded indication for patients under 20 kilograms. This is done at much less cost and much faster than it could be accomplished with a controlled clinical trial.

Today, the CQI team has what is frequently described as a number of irons in the fire. First and foremost is generating additional recurring revenue through contract work for companies like those in the medical device space. Much of that work will be centered around CQI’s patented methodology for applying its process to real patient care and its web-based data visualization tool named VALITY.

“We have about six to eight proposals out for work,” Ramshaw says, and once some of those hit to drive the company’s recurring revenue above $1 million, he expects to launch a growth capital raise of about $4 million.

CQI also has become a virtual member of the Spark Innovation Center operated by the University of Tennessee Research Park. The start-up is one of two virtual members that have been added to the six in-resident companies. The other is Active Energy Systems and, as the name implies, they do not have dedicated lab space in the Joint Institute for Advanced Materials building.