(EDITOR’S NOTE: This is the sixth article in a series on Cohort 3 of “Innovation Crossroads.” Earlier this year, the cohort graduated from the program. Each article will focus on what’s next for the innovators and their companies.)

After two years in the “Innovation Crossroads” program through Oak Ridge National Laboratory (ORNL), Jesse Claypoole, Founder and Chief Executive Officer of MantaPoole Technologies, says he is close to a prototype camera.

The company is working on developing a camera that helps smart machines determine three things about an item: what it’s made of, where it is, and what 3D shape it has. Read more about MantaPoole in this teknovation.biz article. At first, Claypoole looked into applications for his camera in the agricultural sector. Later, he decided that applications in the industrial sector would allow MantaPoole to get to market more quickly.

In addition, Claypoole said there are many industrial manufacturers here that can help MantaPoole refine the prototype in testing demonstrated use cases.

Once the prototype is finished, Claypoole said it puts MantaPoole in a better position for applying to grant programs such as the Small Business Innovation Research (SBIR) program. He thinks one grant can help the company bridge the gap between now and having the product finalized for selling on the market. Then, he’ll start reaching out to potential customers.

While having a prototype is good news for any startup, Claypoole said there have been quite a few hurdles to get there. As one of the few “Innovation Crossroads” companies that remained at ORNL during the pandemic, Claypoole said it was a surreal experience. 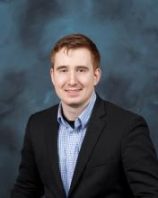 “I could go to the lab and literally not see anyone even though thousands of people work there,” he said. “We were fortunate that we were one of the few companies that could be on campus.”

Claypoole added that while it was a benefit to remain at ORNL, it came with some challenges as well. One advantage of the “Innovation Crossroads” program is access to the lab facility, but access to the wealth of knowledge held by staff and researchers working there is another advantage for innovators. Not being able to talk directly to people slowed MantaPoole’s research, Jesse said.

“Normally you can just walk down the hall and ask a researcher a 10-minute question,” he said.

A hiring freeze also caused trouble since he was unable hire anyone. Claypoole had to learn how to do a lot of the tasks himself on the fly. This took time away from away from research.

Although it was difficult, Claypoole’s time in “Innovation Crossroads” has been fruitful. He has gained preliminary data, which will help MantaPoole in the grant process now.

“It gave us the time to get the preliminary data we needed,” he said. “Now, we’re in a position where we’re close enough to the finish line.”