As companies of all sizes evaluate what to do about employees returning to the office with the low number of COVID-19 cases being reported nationwide, there are raging debates over the long-term future of office buildings.

Will companies need as much space as they once leased or owned? How will it be configured in the proverbial new normal? Where will those offices be located – large cities or smaller ones, urban core or more suburban areas? How do companies plan for the workforce of the future in respect to the aspirations of Millennials (25 to 40 years old) and the emerging Gen Zers (born between 1997 and 2012)?

To get some insights about those topics, we talked recently with Brian Adams, Principal and Founder of Nashville-based Excelsior Capital GP. His firm, started in 2019, owns and operates high-quality, multi-tenant office real estate assets in emerging secondary markets. Those markets are carefully selected via extensive research into key indicators such as job, population, and economic growth and diversity. The goal for the firm’s investors is capital preservation and investor yield, meaning Excelsior Capital targets stable, cash flow producing assets. 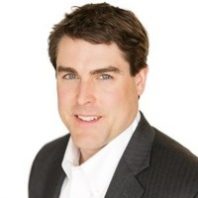 Adams moved to Nashville 15 years ago and describes himself on his LinkedIn page as “a recovering attorney.” His previous professional experience included service as an Assistant District Attorney General in Metropolitan Nashville/Davidson County, an attorney in a private law practice, and a Principal in another real estate investment firm before founding Excelsior Capital.

“We believe secondary markets in the Southeast and Midwest are poised to grow,” Adams says. Less than two years after launching Excelsior Capital, he says the firm has 15 employees and positions in 14 markets across the country.

On the question of offices, Adams says unequivocally, “There will still be a place for the office. The way we use it will change . . . it will be more collaborative.”

Citing Excelsior Capital’s own employees, he said they wanted to come back into the office. “For deal people, it’s important to have an office. Conversely, that’s not necessarily the case for software engineers.”

Adams has a firsthand view of the emergence of one former middle market community as Nashville has literally exploded with new office towers and campuses to house thousands of employees that Amazon, AllianceBernstein, and now Oracle have already or will be bringing to Music City.

“I don’t see any end to the growth in Nashville,” he says, adding that the trend, perhaps to a somewhat lesser extent, is also occurring across the Volunteer State. That perspective is certainly validated by recent articles we have posted on teknovation.biz that include: (1) a report from PODS, the company responsible for those mini-shipping container-style rectangles, ranking three East Tennessee cities as #2, #3 and #4 nationally in communities where people are moving; (2) a study by SmartAsset showing Tennessee is in the top 10 in terms of places Millennials are moving; and (3) U-Haul’s report that ranked Tennessee #10 among the 50 states and Knoxville #7 in the country in terms of migration trends.

Terming those individuals who can work remotely “digital nomads,” Adams says they want to be in a state like Tennessee where the taxes are low, recreational opportunities are plentiful, and the quality of living is high. He also cited another changing factor affecting secondary markets that used to be of great concern to most economic development leaders: access to one-stop flights to a large number of cities.

“Now that people are not traveling as much, they (remote workers) don’t necessarily need access to a major airport,” Adams said. That makes mid-size markets more attractive.

Obviously a student of demographics, Adams says that COVID accelerated a number of trends that were occurring already. Millennials, who had delayed the family phase of their lives during the 2008 recession, believed they would be urbanites for life. Now that they are having families, “They want the life they grew-up in” which means single family homes and yards.

“COVID provided the political cover for corporations to make the moves they wanted to make,” Adams says, referencing what he calls the “needed price reset” of office space in places like New York City and San Francisco. “The headquarters might remain in the big cities, but the workforce will be dispersed going forward.”