“We’re one of only two start-ups on a list that includes major companies, universities, and government labs,” Corey Tyree exclaimed when we caught-up with the Chief Executive Officer of Trillium Renewable Chemicals to learn more about a recent award from the U.S. Department of Energy (DOE).

For the new resident of Knoxville – Tyree moved here with his family less than a year ago, shortly after founding Trillium, it’s the sort of validation and credibility a technology-based start-up needs to show investors and others that its bold vision has legs. A total of 30 projects received $57.9 million in funding from DOE’s Advanced Manufacturing Office to help decarbonize the U.S. industrial sector, advance clean energy manufacturing, and improve America’s economic competitiveness. 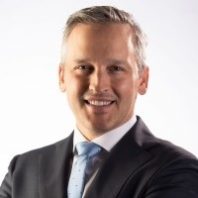 “To be included with companies like Ford, Boeing, GE Additive, and General Atomics as well as prestigious universities and national labs is so important to the success of our company,” Tyree (pictured right) said. For example, Oak Ridge National Laboratory was awarded $2 million for one project with Siemens Corporation and was a partner of two others totaling about $3.72 million.

“We had never written a grant proposal before,” Tyree explained. “We’re only eligible for certain types of awards because we have non-profit and foreign equity investment. When we looked at this opportunity, we said we were a dead ringer for what DOE sought.”

As noted in this January 2022 teknovation.biz article, the technology that Trillium is commercializing had been developed over a seven-year period starting with research performed at Birmingham, AL-based Southern Research. Trillium licensed the technology and incorporated in early 2021.

The DOE award is non-dilutive capital that Tyree says will help advance beyond its current pilot facility commissioned earlier this year at the West Virginia Regional Technology Park in Charleston where Union Carbide Corporation once operated.

Thus far, the start-up has raised $11 million that includes a significant venture capital investment from Capricorn Sustainable Chemistry Fund. As an early stage company, Tyree says that there’s still several years of additional work and more funding required to “get the risk out” ahead of plans to have a fully functioning commercial facility online in 2025.

“We have an incredible, world class team,” he says, citing as one example Liesl Schindler, Vice President for Technology Development. Before joining Trillium, she was General Manager of Process Development at Shell Chemicals.

Trillium also has key industry partners that are part of its team for the DOE project. They include Solvay S.A., a nearly 160-year old global chemical company with which Trillium executed a letter of intent to develop the supply chain for bio-based acrylonitrile; the RAPID Manufacturing Institute of the American Institute of Chemical Engineers; ChemePD LLC, a consulting firm founded by Joseph Powell, retired Chief Scientist – Chemical Engineering at Shell; Koch Modular Process Systems LLC; and MATRIC, the acronym for the Mid-Atlantic Technology, Research and Innovation Center, a Charleston, WV-based contract research and development organization.