“Arvo is helping build company knowledge back,” says Co-Founder Alane Boyd who is joined in the newly launched company and product of the same name by Micah Johnson, her husband.

The Cookeville residents say that capturing everything from company history to those all-important work processes has become even more critical due to two separate, but distinct trends. One is the “Great Resignation” that is evidenced by high turnover at many companies. The other is the resulting hiring of new employees, many joining in the past two years as remote workers and needing to understand everything from company history and culture to processes and policies. 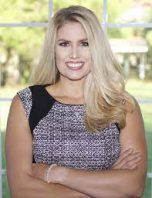 “Our focus is on working with our clients so that knowledge doesn’t stay in the heads of their employees,” Boyd adds.

It’s not a new need, but Boyd and Johnson are bringing a new tool to the table. I know from my more than five decades in the workforce at the University of Tennessee, Oak Ridge National Laboratory, and now PYA that there are frequent conversations about how do you capture that “institutional knowledge” before a long-serving employee retires, dies or simply takes another job.

Arvo is a cloud-based platform that reimagines Standard Operating Procedures (SOPs), playbooks and training manuals for today’s evolved workforce of remote and hybrid teams. The platform streamlines and boils down processes to train and educate workers in today’s hybrid work environments, something that has been a real pain point for many businesses as they adjust to a new normal.

“Arvo makes those items more eye-popping,” Boyd says. “You can create documentation in a fun way.”

The new company and product emerged from work the two had done through BGBO Co, a business consulting organization they co-founded a few years ago. That company is the parent organization to Arvo.

“We completed over 100 client engagements (with BGBO Co), and not a single company had usable documentation for their teams,” Johnson said. So, at the end of 2020, the couple did what Johnson called a retrospective, asking a simple but fundamental question: “What are the commonalties that can be solved with software?” The consistent answer was a lack of documentation that worked.

Rather than jump right into building a new platform, the couple spent more than a year consulting with companies worldwide, gathering comprehensive data on what worked and what didn’t. Once they struck a combination of solutions that worked across multiple teams and cultures, they began building the new, cloud-based Software as a Service (SaaS) platform.

“We created Arvo as a foundation of systems,” Johnson says, with Boyd adding, “We started using it ourselves last September and started showing it to clients in October.” The software allows the user to imbed spreadsheets, videos, words and diagrams into their customizable playbooks.

Long-time readers of teknovation.biz may recall the challenge that Tyna Bryan described in this March 2019 article where, after going through two software developers, she was introduced to BGBO Co. Today, the Founder and Chief Executive Officer of DOTReady is a client of the new venture.

“Arvo is a phenomenal platform,” Bryan says. “The documents we have created in Arvo for our business look fantastic and are much easier to follow than the PDF documents we were using before. Our employees and customers are loving it.”

Boyd has another venture that she is growing named BurgerFit that we spotlighted about 18 months ago in this teknovation.biz article.