Like so many individuals from the Scenic City, Wood cites several critical elements that have positioned Chattanooga for long-term success as a leading start-up ecosystem. Not surprising, the first one that he mentioned was the deployment of the nation’s first gigabit network by EPB.

“That physical asset showed the city was clearly looking at its future,” Wood says. “Having that infrastructure put us in a unique position. It also sent a powerful message to CEOs that will pay dividends for a long time.” 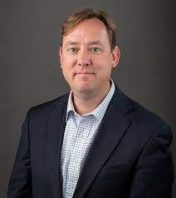 Wood also cited the success of start-ups like Branch Technology, MRO Inc., and Variable Inc., graduates of the INCubator, a facility that we spotlighted in this December 2021 article in teknovation.biz. The former manufacturing complex, acquired by Hamilton County in 1988, is the largest incubator in Tennessee and the third largest in the country.

Also high on Wood’s list of key factors in the success of the entrepreneurial ecosystem are the founders of Access America Transport – Ted Alling and Barry Large – who are “paying it forward” after their company merged with Coyote Logistics in 2014. The two have reinvested in their hometown, launching The Lamp Post Group and later Dynamo Ventures. Today, Chattanooga is well-recognized as an emerging logistics hub, in no small part as a result of efforts like Dynamo Ventures that has raised more than $61 million in two funds that are focused on supply chain start-ups and rapidly growing companies like FreightWaves, the supply chain data venture.

Another strength that Wood cited is the more recent emphasis locally on positioning Chattanooga as an emerging smart city on an international playing field. “We seem to be good at being a learning lab,” he says of the award-winning “Chattanooga Smart Community Collaborative” and its MLK Smart Corridor.

And he talked about initiatives that “we can replicate out,” starting with the CO.STARTERS program that originated in Chattanooga in 2008 as part of the broader “Create Here” effort and has now touched more than 300 communities and more than 19,400 small businesses around the world. Newer, but having an equally significant potential, is the Proof Incubator, an initiative focused on entrepreneurs in the restaurant and beverage business.

Wood has been in the economic development world for nearly 25 years, serving in four other states before moving to Chattanooga almost 10 years ago to join the Chamber. Those previous stops included the Pensacola Bay Area Chamber of Commerce where he was Senior Vice President of Economic Development; College Station TX where he was Director of Economic Development; and the Mobile, AL Area Chamber of Commerce where Wood was on the economic development team. He also worked with two consulting firms.