The Knoxville Chamber presented its top recognition – the “James A. Haslam II Leadership Award” – and eight others at a noon ceremony Friday.

Like so many other annual events, this year’s “Pinnacle Awards” was held virtually for the first time. It is normally a Black-tie optional event, but this year was turned into a fast-paced, less than 45-minute pre-recorded production. 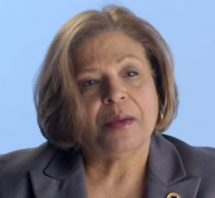 The top award was presented to Phyllis Nichols, President and Chief Executive Officer (CEO) of the Knoxville Area Urban League. In a short but powerful acceptance speech that came on the heels of the murders of three Black teenagers in the city, two in the span of days, Nichols talked about her love of Knoxville and the challenges that it must address.

“Knoxville is a great place to live, work and raise a family . . . for some,” she said. To reach its fullest potential, Nichols noted that the city must be a great place for all with the same opportunities available to everyone.

The other winners by category are: