It was 10 years ago yesterday that PYA, the power behind teknovation.biz, launched our five-day-a-week spotlight on the entrepreneurial ecosystems in the eastern half of Tennessee. And, in September, we started publishing Teknovation Weekend on Saturday’s to feature more traditional businesses.

Who would have thought on January 23, 2012 that we would not only still be publishing, but doing so six days a week. There is so much progress being made across our primary coverage area, and we are happy to spotlight those activities and celebrate the accomplishments. It is just one more manifestation of the HELP culture that is embraced by PYA, itself a start-up in December 1983. Today, PYA is ranked by Forbes as one of the Top Tax and Accounting Firms in the Nation, and among the nation’s Top 100 largest CPA firms by INSIDE Public Accounting, PYA is also a leader in the percentage of female ownership, is a Top 15 auditor of the nation’s largest health systems, and is consistently ranked as one of the country’s Top 20 healthcare consulting firms by Modern Healthcare.

Thanks for your support as we continue to tell the stories of passionate individuals who want to make a difference. 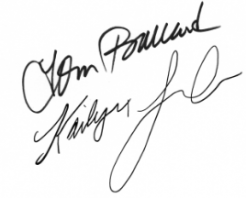