On a Tuesday night in a basement in South Knoxville, a man named Joe wearing a garbage bag as an apron steps up to a podium holding four papier-mâché masks.

Joe has had one of those masks for 40 years and made them all himself. He’ll teach you how if you come to his Tuesday night class at Knox Makers.

That’s what this basement is – a place for makers to make things, regardless of skill level or knowledge of how to make what you want to make.

All the supplies and tools you could dream to use are right there for use, all under one roof.

The Knox Makers team believes anyone who wants to make anything should be able to make it without hurdles in the way.

“I think things have gotten so sophisticated now that the barrier to entry is perceived as being higher. And so one of the challenges we have is to make that accessible and to keep it interesting,” said Issac Merkle, President of Knox Makers. 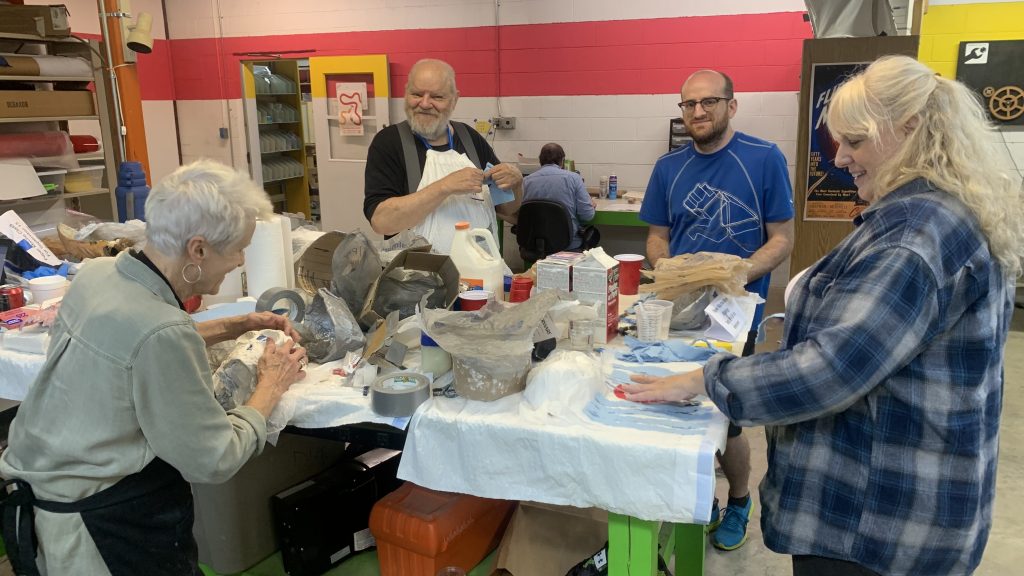 He stumbled upon this group when it was new about 10 years ago, calling a few hundred square feet of space in Oak Ridge home.

Knox Makers, which moved to its location at 116 Childress St. SW in Knoxville six years ago, now has about 300 members who can come in any day at any hour to work on their passion projects and hobbies. Members pay $50 a month for this access, with discounted student and senior rates.

“I would have given anything to have access to this when I was young,” said Merkle. “So to me, it’s really exciting when we see young people come in here, and they’re just so energized and so excited, because they see all the potential. And they haven’t learned yet their limitations. You know, they don’t come in here thinking they can’t do it. They come in here sure that they can.”

Knox Makers has classes for both members and nonmembers on a variety of topics, from making metal flowers to an intro course on electronics and computing and everything in between.

You can see some of their projects on a massive display shelf in the space, including etched metal cubes, a computer-coding-powered Easter egg decorator, and a 3D-printed statuette of former Knoxville Mayor Madeline Rogero. 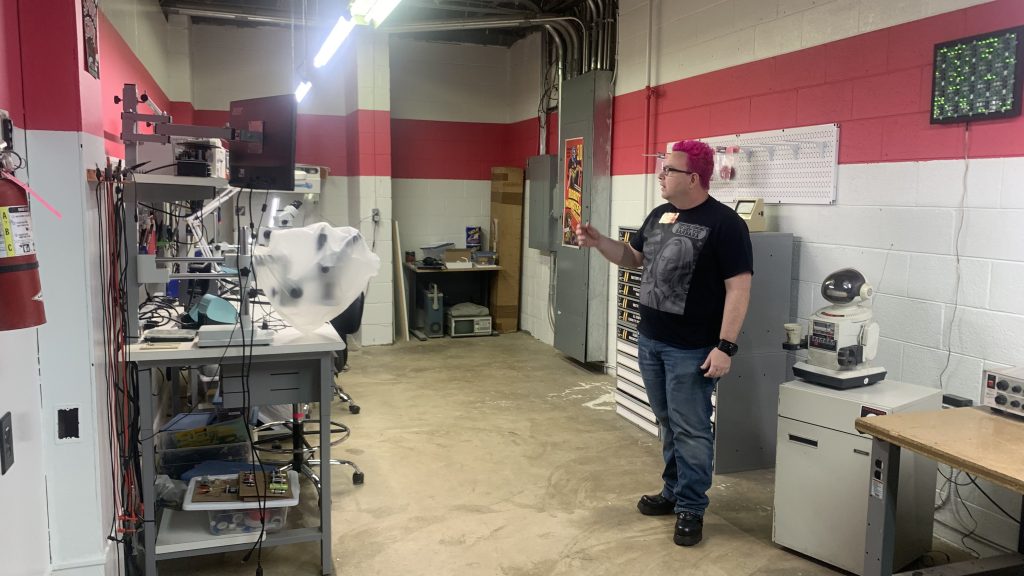 The group is a 501(c)(3) educational non-profit made up entirely of volunteers, and what Merkle calls a “combination of desire and willingness to lead.”

“Honestly, there’s nothing in my life probably that I find more meaning in than this,” he said.

Because above all else, Knox Makers is a community. Merkle describes it as many people’s “third place.” If they’re not at work or at home, they’re at the maker space. Maybe they don’t have a school or church community to call their own, but they find that fellowship with other makers.

That’s apparent if you walk into the space on any given Tuesday night when the makers meet to share what they’ve been working on.

It’s where Joe shared his masks with a room of about 50 people. That same night, other makers showed a knife, a canoe, and cookies they’d made.

As quick as those makers are to show off their successes, they’ll also set down their tools to help new people learn. They’ll share their failures to show progress. And everyone slowly gets better at the things they’ve come to love.

“It’s such a beautiful creative community that’s mutually supportive and encouraging,” said Merkle. “And to me, that is just like an oasis of sanity and kindness in an increasingly hostile world.” 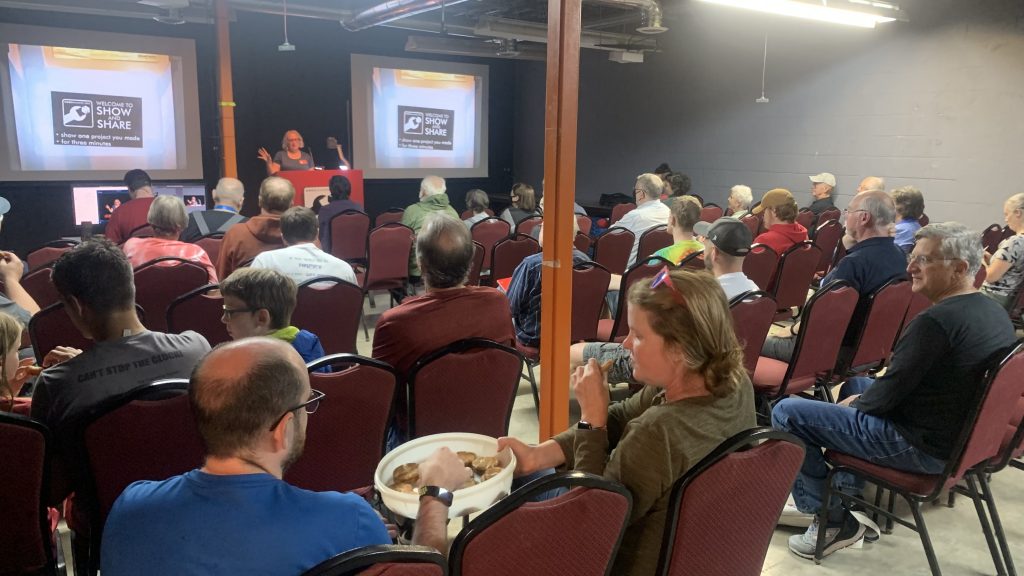