VentureSouth announces expansion into Chattanooga, effort to be led by Jay Shaffer

An individual who has played a key leadership role in the Chattanooga Cherubs initiative to cultivate more angel investors in the community will now lead the newest group of the ever-growing VentureSouth organization.

Jay Shaffer, a Chattanooga-based prolific angel investor and member of the Board of Directors of the nearby Atlanta Tech Angels, will serve as Market Director of VentureSouth Chattanooga. It will be the 18th community throughout the Southeast with a VentureSouth angel group, which brings resources of a professionally-led early stage venture capital firm to local investors.

Just last month, VentureSouth announced its expansion into Atlanta with a new group. That followed on the heels of key announcements in the last 12 months about the closing its fourth sidecar investment fund, VentureSouth Angel Fund IV, at its target size of $5 million (see August 2021 teknovation.biz article here) and the launch of the Furman Angel Analyst Fellows (see March 2022 teknovation.biz here).

Founded in 2008 in Greenville, SC, VentureSouth has nearly 500 members and $70 million invested in more than 90 early stage companies and has been consistently recognized by the Angel Capital Association as one of the top 10 groups in North America.

In a teknovation.biz article published in April 2021, Matt Dunbar, one of the group’s Managing Directors, shared the history of VentureSouth and cited three investments made in East Tennessee start-ups: (1) TrakLok Corporation which is no longer in business; (s) Vendor Registry which was acquired; and (3) Pass It Down, a Chattanooga-founded enterprise now branded as Iconic Moments.

While there’s considerable conversation in the investor ranks and among those who prognosticate about the economy who might question the move, Charlie Banks, another Managing Director at VentureSouth, was very upbeat on the latest expansion and continued growth of the group.

“History has proven that many of the country’s most successful companies were born during peculiar economic times,” he said. “Thus, given the current environment, there will be significant opportunities for investors to gain exposure to many exciting, high-growth companies. There is discernible energy here for what VentureSouth brings, and we believe Chattanooga is a perfect fit for us.”

VentureSouth Chattanooga will host an informational session and formal kickoff event at 5:30 p.m. next Thursday, July 21 at the University of Tennessee at Chattanooga’s Center for Innovation and Entrepreneurship. Those interested in participating can register here. 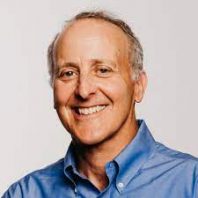 “I am thrilled to be raising the VentureSouth banner in Chattanooga,” Shaffer (pictured left) said in a VentureSouth news release. “The value of VentureSouth’s model is that it follows a methodical and proven process that leverages the collective expertise of hundreds of investors, who screen investment opportunities and conduct professional due diligence. Their highly-professional and successful process will undoubtedly lead to the growth of Chattanooga’s already burgeoning entrepreneurship ecosystem.”

Shaffer told us separately that he plans to build on the early momentum that was created by the Chattanooga Cherubs effort that we spotlighted in this teknovation.biz article. In addition to Shaffer, a long-time executive with Sun Microsystems who has four start-ups under his belt and recently became a resident of Chattanooga, two other individuals were early champions – Lindsey Cox, then Chief Executive Officer (CEO) of CO.LAB, and Sahej Singh, then the Director of Business Intelligence and Strategy at Reliance Partners. Cox has relocated to Nashville as the new CEO of Launch Tennessee, and Singh is now an Equity Research Associate with Stifel Financial Corporation in New York City.