A graduate of the University of Tennessee, Knoxville (UTK) and also a member of the Board of Advisors of its Tickle College of Engineering will be playing a major role in a new initiative announced by Novant Health.

One of the largest health care systems in the Southeast, the Winston-Salem-headquartered Novant has announced the launch of a new business division designed to innovate and support scalable solutions for some of the health care industry’s biggest challenges.  Operating as an independent business entity, Novant Health Enterprises (NHE) will better enable partnerships with other health care organizations, create diversified growth and generate value for Novant Health’s core business. Some of Novant Health’s existing services will move over into this new division, and additional service offerings will be developed and acquired. NHE will accelerate the improvements Novant Health is making through its investments and partnerships focused on clinical, operational and technological advancements. 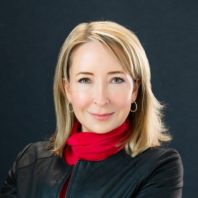 Angela Yochem (pictured right), who earned her M.S. in Computer Science from UTK in 1998, will serve as NHE’s Chief Operating Officer and General Manager in addition to her current role as Novant Health’s Executive Vice President and Chief Transformation and Digital Officer.

“The creation of Novant Health Enterprises will maximize the power of innovation and partnerships, allowing us to better pursue our mission of making our communities healthier, one person at a time,” said Yochem in this news release. “We’ll not only have our finger on the pulse of what is needed to improve care, but we’ll have the ability to foster, create, test and apply those solutions at an unprecedented rate. I look forward to uncovering new opportunities as we focus Novant Health Enterprises’ initial priority areas in the coming months.”