BroadbandNow, a website that helps consumers find and compare Internet service providers in their area, estimates that 40 million people in the U.S. lack reliable access to high-speed internet.

That’s a challenge that has only been exacerbated in the past two years as more and more people have shifted to remote work and education. It’s only going to become even more of a challenge as services such as telemedicine/telehealth have emerged as viable options for many Americans, thanks in no small part to evolution in technology.

The COVID-19 pandemic has also caused many people to relocate from high-cost states to more reasonably priced communities that also offer a better quality of life. However, for rural communities to benefit from these demographic changes, they must be able to ensure the availability of robust internet access.

Now, thanks to the “Infrastructure Investment and Jobs Act” passed last November, more than $65 billion has been allocated for broadband deployment and affordability. The legislation provides a real opportunity for the expansion of high-speed broadband into rural America to address the great “digital divide.” And, through a relatively new technology, the opportunity to serve more Americans is at hand. 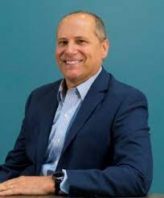 “5G fixed wireless access (FWA) is a new, cost-effective way to bridge the digital divide,” says Tom Catani, Head of Broadband Opportunities and Policy for UScellular. He’s a long-time resident of Knoxville who reminded us in a recent interview that the company’s “roots began in rural America.”

LeRoy Carlson founded UScellular’s parent – Telephone and Data Systems Inc. – in 1969 when he purchased 10 rural Wisconsin telephone companies. Fourteen years later, he launched the predecessor to UScellular, and Knoxville was among the first markets served by the new cell service provider. Carlson, who lived to be 100 years old, was clearly a visionary who began buying low-band spectrum to serve rural areas with cellular service.

“We zigged when they zagged,” Catani says of the other cellular providers, remaining focused on smaller markets. Now, nearly four decades after its founding, UScellular is prepared to take advantage of the new FWA technology and open-up access to those who have thus far been passed over for broadband.

“This money and 5G fixed wireless access mean we can solve the digital divide,” he says, drawing an analogy to the economic impact that TVA had on the electrification of its seven-state rural and economically depressed region starting in the 1930s.

So, what exactly is this new technology?

Fixed wireless internet is an option that connects each location, like a business or home, to the internet via radio waves rather than fiber optic cables or other landline technology. That means you don’t need a phone or cable for fixed wireless internet, but you will need an antenna about the size of a shoebox. Once the signal is received by the antenna, an in-home router connects every device to the internet via Wi-Fi exactly the same as a traditional wired connection.

The in-home technology is the same; the delivery process is what is different, and that’s significant for those 40 million underserved consumers.

“There are some parts of rural America that don’t make economic sense to connect in any other way,” Catani says. With FWA technology, fiber only needs to be run to the cell tower and then the signals are delivered via the appropriate spectrum to the home, based on factors such as distance and geography. That also means access can be deployed faster and less expensively.

The legislation places the highest priority on communities that have less than 25/3 service. That’s 25 megabits per second (Mbps) download speed and 3 Mbps upload. After that, the priority shifts to those lacking speeds of at least 100 Mbps download and 20 Mbps upload.

“Our sweet spot is its newly acquired mid-band spectrum,” Catani says of UScellular’s service.  UScellular currently markets it’s Home Internet Plus, that delivers download speeds of 300 Mbps, in select areas. “We’ll go to places that have low density of population but a real need” as a result of the federal dollars that will be available.

There’s also an additional benefit for UScellular and its customers because of the company’s approach. “Investments in FWA provide the dual benefits of enhancing 5G mobile broadband by connecting people both at home or work AND on the go,” Catani explains.

In the case of East Tennessee, UScellular invested nearly $32 million in the region in 2020, and $14.6 million of that went to 5G upgrades. “We have 140 5G towers in place, and the plan is to continue that investment as we move forward,” Catani adds.

Here’s a UScellular YouTube video explaining the technology and also a second one spotlighting the technology that is being deployed in very rural West Virginia that Catani says will be brought to East Tennessee.