“We opened the first Chop House® 30 years ago last March,” said Mike Connor, President and Chief Executive Officer of the company that bears his family’s name. For readers in my age group, you will remember that initial location in Franklin Square, taking over the space that Kotsi’s once occupied. The Connors Steak & SeafoodTM chain launched 12 years later in 2004 in Turkey Creek. 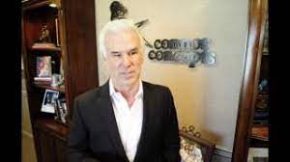 As you might imagine, much has changed in the restaurant business since Connor (pictured left), then a University of Tennessee student, began his career in 1973 with the Steak & Ale chain in Knoxville. Nine years later, he joined with Knoxville’s Regas family to create the Grady’s Goodtimes restaurant chain. Over the next seven years, Connor served as President of Grady’s and opened seven additional restaurants before merging with Chili’s® (Brinker International).

He continued to serve as concept head of Grady’s, opening seven more restaurants in the next two years. They included the NASCAR Café chain.

By the early 1990s, both Mike and Bo, his brother, were working for Brinker, and the company wanted them to move to Dallas. Neither wanted to go, so they decided to launch Connor Concepts with Tony Watson, Kevin Thompson, and Brian Keyes. When the recession hit in 2008, the Connors bought out the other partners. More recently, they brought on a private equity firm as a minority partner.

“I did not want to relinquish controlling interest,” Mike says of that transaction. By retaining majority ownership, he and Bo are able to ensure a commitment to several key principles that have informed their decision making about the two chains for three decades. 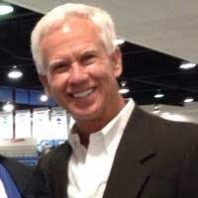 “You have to be evolutionary, not revolutionary,” Mike says, with Bo (pictured right) adding, “You have to continue to evolve . . . not just the look, but the menu. We do those things to keep the locations fresh.”

One key principle involves a commitment to its employees. Over the years, most of the company’s managers started as entry level employees that they’ve grown and promoted. “Our retention has been very good,” even during the pandemic, Mike said. Bo attributes the high retention rates to “the standards that we have and the way we treat people.” One of its employees worked at the old Kotsi’s.

There are also some core beliefs that underly their operations, starting with an unrelenting commitment to what they call “Superior Dining Experiences. Everyday.” Both restaurant brands have a focus on old-fashioned food with an original flair. The brothers note that Connor Concepts remembers the good old days when food preparation and service knew no shortcuts; when fresh, natural ingredients were used in consistently preparing the highest quality food.

Describing both restaurants as “polished casual steakhouses,” Mike says the two are under the day-to-day oversight of different Vice Presidents, use different recipes, and have different appetizers and desserts. By design, Connors Steak & SeafoodTM is more upscale than its sibling.

The COVID-19 pandemic did have some negative consequences. Connor Concepts closed restaurants in Chattanooga and Lexington, KY, but it plans to open a new Connors Steak & SeafoodTM location in Louisville, KY and a Chop House® in Athens, GA this year. Until the pandemic, the new Connors Steak & SeafoodTM location in Huntsville, AL was its busiest, and the same restaurant brand is “kicking it,” in Mike’s words, in Sarasota and Fort Myers, FL.

Controlled growth is probably the best descriptor for the restaurant chain going forward with maybe two new locations a year. With existing restaurants in Alabama, Florida, Georgia, Ohio and across East and Middle Tennessee and the upcoming addition in Kentucky, ideal locations could be North or South Carolina and Virginia. The company would never open more than one Connors Steak & SeafoodTM location in any city, and it will target The Chop House® brand for smaller metro areas.

“Almost every city we are in has Connors Steak & SeafoodTM rated as the best steakhouse in the market,” Mike says. That’s a ranking that the brothers value highly.