(EDITOR’S NOTE: This is the first article in a series spotlighting participants in Cohort 4 of “100Knoxville,” an initiative from the Knoxville Entrepreneur Center. The program aims to help Black-owned businesses grow by $10,000,000 in five years. Look for more stories in upcoming issues of teknovation.biz and find our previous coverage here.)

Much like your body, your brain can be trained to improve in some skillsets. That’s the reasoning behind “100Knoxville” Cohort 4 member Douglas Mapp’s ThinkUp, a business that helps assess and train workers to help improve performance toward cultural and strategic alignment. 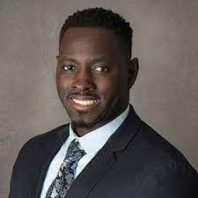 Mapp (pictured here) has been working in cognitive training for some time. He and a partner bought a franchise of LearningRx, which does cognitive training with children, and opened in Knoxville in 2019. After working with children at LearningRx and doing research on the number of young students struggling with various subjects in school, Mapp realized that children who don’t get help become adults with the same struggles. “The problem I was seeing with kids made me think that problem probably exists in the workforce,” he added.

“Over the last 20 years, we’ve been producing people that are somehow getting out of school that are below the proficient levels,” he said. “As that continues to compound and compound, that means that the majority of the workforce is going to have some issues.”

Companies can address cognitive issues in their workforce in a few ways. Mapp said some will implement blanket behavior or efficiency solutions. While he’s not against those options, Mapp said most cognitive issues staff have don’t come with a one-size-fits-all solution. This can frustrate team members who don’t struggle with those same problems.

ThinkUp uses a digital test that’s used widely in the field of cognitive psychology. The test helps ThinkUp measure where individuals are deficient. Mapp said brain functions are split into 16 broad skills. The test does not look at any of the skills individually but tests brain performance as a whole.

After doing the test, ThinkUp focuses on results for eight of the main brain functions: broad attention, working memory, auditory processing, visual processing, response inhibition, fluid reasoning, decision speed, and long-term memory. Mapp said he selected those functions because they have the most impact on people’s work lives. With those results, ThinkUp can make an individual plan to help that person train his or her brain in whatever areas they struggle in. It’s “training the person’s brain so it can do the work at a high level, more often,” Mapp said.

He added that when individual plans are created for staff members, it raises the performance of that business which can also lead to higher profits. For Mapp, it’s not about the testing or even the results. It’s about helping people to begin working on brain skills to elevate their work performance and elevate their level of thinking.

He added that with the modern tech age, people don’t think as innovatively as they used to. People need to continue training their brains to keep up their cognitive skills.

Mapp is a member of the Knoxville Chamber and said Ryan McGrew of RightWay Insurance encouraged him to apply to the “100Knoxville” program. While he said he joined the program in part because he wanted to learn more about running his business, he also thought it would be a good way to be introduced to the community. If he can help businesses improve performance through cognitive work with staff members, it helps that business better put “their efforts on the map,” he added, elevating the community as a whole.

“It’s not about what I’m doing. It’s about what they’re trying to accomplish,” Mapp said. “If I can help them accomplish that faster, with better quality, the mark they’re going to leave will elevate everything I’m doing.”

Programs like “100 Knoxville” are “early adopters” of businesses in Knoxville’s Black entrepreneur community, Mapp said. It helps provide opportunity and access, which allows Mapp and his fellow cohort members the opportunity to have visibility and provide those same benefits to others.