If one is good, three might even be better!

That’s certainly the perspective that Jeff Brown and the team at The Biz Foundry have as the Upper Cumberland region’s entrepreneurial support organization is putting the finishing touches on two new satellite co-working locations. One, dubbed The Biz Foundry South, is in Sparta; the other, appropriately named The Biz Foundry West, is in McMinnville.

“Those two communities have killed themselves to help us,” Brown says, giving particular credit to the Chamber executives in the two counties.

Yet, the gregarious Brown noted that “after a year and a half of not planning to do both together, we closed on the same date.” The facility in McMinnville, which was built in 1910, is being leased, while The Biz Foundry purchased the Sparta building which was also built in 1910.

Those who know Brown are well-aware that he does not walk away from a good opportunity, and the “young and energetic” Chamber leaders in the two communities were ready to go forward, so he was all-in.

“They jumped-in and made it happen,” he says. Both locations – 118 South Court Square in McMinnville and 21 North Main Street in Sparta – are expected to open by the end of October.

“We were already doing programming in those cities,” Brown explained. “Now we have a home base for those operations and co-working space, too.”

“Both locations are in great spots,” Brown says.

Options range from $99 a month for access to the communal co-working space to $159 a month for a designated desk with a locked filing drawer and $279 a month for a private office with a desk and chair and the ability to lock the entry door.

The McMinnville space has 1,700 square feet on the main floor and an additional 600 square feet in the basement. Sparta is about 2,000 square feet. An architectural layout for each facility is shown on the respective websites linked above.

Pictured below are the storefronts of the Sparta (left) and McMinnville (right) buildings. 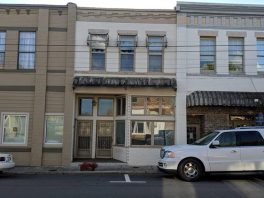 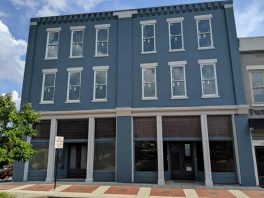