Just ahead of last week’s announcement of the 60 early stage start-ups in five cities, including Atlanta, that are participating in a new accelerator funded by the Techstars Advancing Cities Fund, recruitment efforts were already underway for the second cohort.

That’s the word from Melissa Pegus, Managing Director of the “Techstars Atlanta Powered by J.P. Morgan Accelerator” that is comprised of 12 start-ups – five led by women Chief Executive Officers (CEOs), and 11 out of the 12 companies led by CEOs that identify as racially, gender or ethnically diverse.

Atlanta is one of the first five cities to host the program that is designed to provide equitable access to funding and support Black, Hispanic and Latino, Indigenous America, and Pacific Islander entrepreneurs who are building the future of commerce technology, consumer brands and platforms, and the creator economy. Underwritten by an $80 million fund launched by Techstars and raised through J.P. Morgan’s Private Bank platform, the new initiative from the Boulder-based organization will support more than 400 companies through more than 37 accelerator programs in nine U.S. cities. The goal is to create opportunities for wealth creation among a diversified range of founders, often constrained by institutional, structural, and systemic barriers.

Techstars and J.P. Morgan began partnering in 2021 to develop the program with the goal of advancing equitable access to funding in major economic centers as we noted in this early April teknovation.biz article. In addition to Atlanta, other inaugural cohorts are based in Chicago, Detroit, Miami, and Washington, DC. 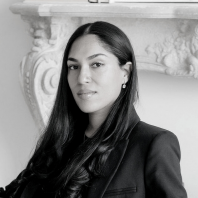 “These are overlooked individuals,” Pegus (pictured here) told us of the ideal participant in an interview earlier this week. “We want to make venture capital a bit more diverse.”

Applications for the second cohort of the Atlanta accelerator opened at the end of August and close November 30. Like most Techstars offerings including the Knoxville-based “Techstars Industries of the Future Accelerator,” it is a 13-week experience that will begin February 13 and conclude with a “Demo Day” on May 11.

“We will run a hybrid program,” Pegus explained. “We’ll be in-person a handful of times.”

That roughly translates into the first and final weeks being in-person, and the rest of the program operating in a remote setting. As a result, Techstars can cast a wider geographic net to attract applicants.

“You’re never too early to apply,” says the former Techstars mentor who became Managing Director of the new Atlanta accelerator in March. It is one of three that Techstars operates in the Georgia State Capital in conjunction with corporate partners.

For those considering applying, such as alumni of the Knoxville Entrepreneur Center’s “100Knoxville” initiative, Pegus says, “We want to hear your story and have mutual agreement on how we can help.” Among the areas that she would explore with any applicant are team, timing, market size, and traction. The link to the application can be found here.

Participants in the inaugural Atlanta cohort are divided equally in three areas: commerce tech space, consumer brands, and creator economy. The list can be found in this week’s Techstars news release.