(EDITOR’S NOTE: This is the second of two articles spotlighting participants in the recently concluded inaugural cohort of the “Techstars Industries of the Future Accelerator” that will continue to have a presence in the region going forward.)

“I believe I was born to be an entrepreneur,” says Patricia (Patty) Ferreira, Chief Executive Officer of Silvis Materials, one of the 10 start-ups that participated in Cohort 1 of the “Techstars Industries of the Future Accelerator” in Knoxville.

She’s also one of the two participants in the inaugural cohort who will continue to have a presence in the region, thanks to a connection made with Sheng Dai, Corporate Fellow and Section Head at Oak Ridge National Laboratory (ORNL) and also a Professor at the University of Tennessee, Knoxville (UTK).

Currently a resident of Boulder, CO, Ferreira says she was studying chemistry in college but did not want to be a chemist, so she switched to chemical engineering. After completing her B.S. in Chemistry, she earned a B.S. in Chemical Engineering at Florida State University, an M.S. at Syracuse University, and an MBA in Strategy and Entrepreneurship at the Massachusetts Institute of Technology (MIT). 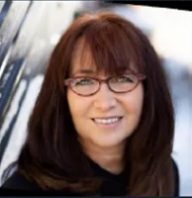 She also founded several companies before re-launching Silvis Materials in August 2020. One was Foops, focused on financial literacy for kids. The other, named xBuzz, The NudgeMe App, was also about financial responsibility.

Ferreira recalls talking with her husband in 2015 about her interest in making different materials that would have a positive impact on the planet. That’s where Silvis Materials is focused, developing sustainable, biodegradable and renewable emulsions that will help commercial manufacturers meet regulatory restrictions while eradicating petroleum which she describes as “a limited, nonrenewable resource.”

“It’s a moonshot to upend the plastics industry,” Ferreira says in describing both her vision and her goal.

So how is she approaching the breakthrough technology?

“We are using open innovation to work with seasoned partners in ionic solvents and cellulose that are accelerating our ability to develop this emulsion that will not only eliminate Green House Gases, but also clean up water and land pollution,” Ferreira explains.

Just before being accepted into the new “Techstars” accelerator in Knoxville, Silvis Materials was also invited to be a member of the “Plug and Play” accelerator in its “New Materials and Packaging” vertical. The program describes its mission as catalyzing “technological advancement by connecting blue chip corporations with the brightest start-ups across the globe.” Through “Plug and Play,” she has started discussions with corporations like PepsiCo, Georgia Pacific, Mars, Sanyo Chemicals, and Avery Dennison.

Ferreira described UT and ORNL as “real magnets” for the region, and UTK’s newly renamed Institute for Advanced Materials and Manufacturing (IAMM) as a “hotbed of the best scientists in the world.” Of Dai, she said that “he was all about impact and met with me weekly. His expertise was second to none.”

She also praised Gary Rawlings, a Mentor with ORNL’s “Innovation Crossroads” program, Charles Layne at Launch Tennessee, and both Tom Rogers and John Bruck with the UT Research Park.

She hopes to locate the local R&D facility in the IAMM building. “The nice thing about a university is it has access to testing,” she says. That’s important to a new venture focused on having a moonshot impact.