From a panel discussion about energy justice to another one about giving electric vehicle (EV) batteries a second life, there was something for everyone at Wednesday’s annual “Opportunities in Energy” forum.

Organized by the Tennessee Advanced Energy Business Council (TAEBC) and held at The Square Room in Downtown Knoxville, the event featured four panels, a presentation on Volkswagen’s (VW) ID.4 electric sports utility vehicle now produced in Chattanooga, and brief pitches by three of the companies comprising Cohort 2 of the “Spark Incubator Program” at the University of Tennessee Research Park (UTRP).

As reported in Thursday’s edition of teknovation.biz, UTRP President and Chief Executive Officer (CEO) Tom Rogers was the fourth recipient of TAEBC’s “Thomas B. Ballard Advanced Energy Leadership Award” for his efforts to champion Tennessee’s advanced energy entrepreneurs and start-ups.

Defined as a measure aimed at reducing energy costs and burdens on low-income customers, the topic kicked off the discussion with a three-person panel that included two Knoxvillians and a representative from the U.S. Department of Energy (DOE). Brian Blackmon, Director of the City of Knoxville’s Office of Sustainability, talked about local efforts such as the Smarter Cities Partnership and the Mayor’s Climate Council, while Stan Johnson, Founder and Executive Director of SEED (Socially Equal Energy Efficient Development) asked, “What can we do today?” Thanks in part to funding from a new DOE initiative announced in this May 2022 teknovation.biz article, SEEED has launched a four-week boot camp to train young people for careers that help address the energy justice challenge and also is building and selling 10 energy efficient houses over the next five years. 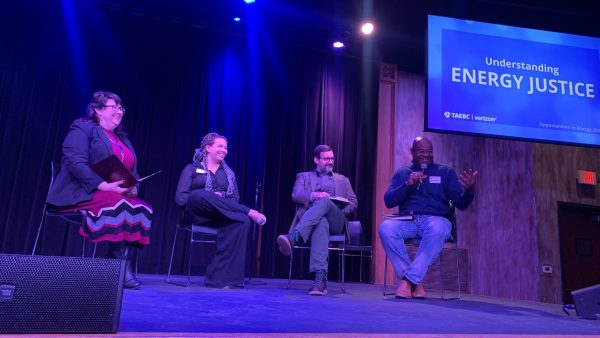 “It’s important to SkyNano because this is what we were founded on . . . it’s our ethos,” said Anna Douglas, Co-Founder and CEO of the start-up that was a participant in Cohort 1 of the “Innovation Crossroads” program at Oak Ridge National Laboratory. She also said that more companies view sustainability and stewardship as “a way they want to be seen.” Noting that private companies are not required to have environmental, social, and governance (ESG) goals, Don Haynes, Environmental/Sustainability Manager at Clarksville’s Florim USA, noted that “we issue an annual ESG report.” He added, “Our tagline is it’s time to take responsibility.” 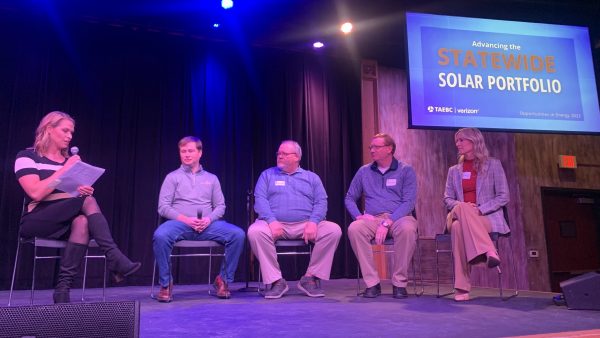 Four individuals representing organizations that played key roles in a recently announced solar project described how it all came together through a dynamic partnership. As noted in this teknovation.biz article, DENSO, a leading mobility supplier, and Nashville-based Silicon Ranch, one of the nation’s largest independent power producers, broke ground on November 2 on a new solar facility at DENSO’s Maryville location in a collaboration that also included the City of Maryville Electric Department and Tennessee Valley Authority (TVA). The effort involved the use of TVA’s flexibility and Green Invest programs which TVA’s Senior Consultant Abigail Henson said was the first project in the Valley to leverage both opportunities. Noting that “it takes partnerships” like this one, Shawn Bryant, DENSO’s Senior Manager of Safety, Health, and Environment, added that “dealing with CO2 emissions is now becoming more of a requirement for doing business.” 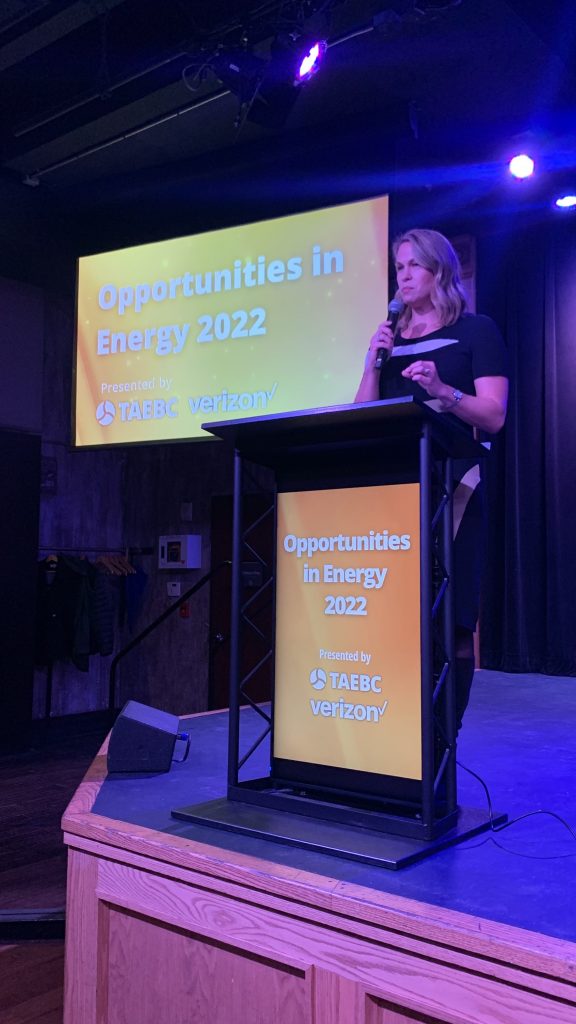 Michael Lowder, a staff member in VW’s Group Communications Office, talked about the new EV that is now being ramped up in Chattanooga. The company expects to produce about 7,000 in the last half of 2022 and close to 90,000 in 2023.

Three participants provided quick overviews of their companies at the end of the event. They were: