A familiar face is returning to state government in the all-important role of Commissioner of Economic and Community Development (ECD). 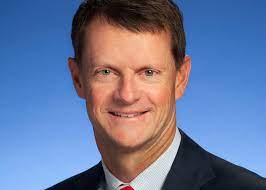 Governor Bill Lee announced yesterday that Stuart McWhorter (pictured right) will succeed Bob Rolfe as Commissioner, effective July 11. It will be the second tour of duty in the Lee Administration for the Nashville native. McWhorter served as Commissioner of Finance and Administration before departing for the private sector in 2020.

He is a Co-Founder of Clayton Associates, a venture firm that established FCA Venture Partners, and a former Chief Executive Officer (CEO) of the Nashville Entrepreneur Center. McWhorter served in that role for about a year before resigning after the death of his father and the need to return to Clayton Associates.

As you might expect, the Governor praised both his outgoing and incoming Commissioner.

“Bobby has played an invaluable role in my cabinet by recruiting new businesses and industry to our state, supporting existing companies and expanding economic opportunity across Tennessee, particularly in our rural communities,” said Governor Lee. “I commend his service to Tennesseans and wish him much success as he enters the private sector.”

About McWhorter, the state’s Chief Executive said, ““Stuart has been a tremendous asset to the administration, and his knowledge of both the private and public sectors will ensure Tennessee continues to lead the nation as the best place to do business. I appreciate his service and am confident Tennesseans and our economy will thrive under his leadership.” 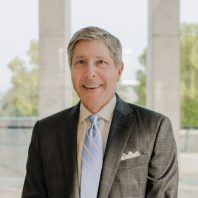 Rolfe (pictured left) was appointed Commissioner in March 2017 by then Governor Bill Haslam and remained when Governor Lee took office on January 19, 2019. Before joining ECD, he held the position of CEO of Medical Reimbursements of America Inc., led three private equity-sponsored companies, and spent the first 18 years of his career as an investment banker at J.C. Bradford and Co.

McWhorter earned his Bachelor’s degree at Clemson University, where he serves on the President’s Advisory Board, and his Master’s degree at the University of Alabama at Birmingham. He and his wife, Leigh Anne, reside in Nashville with their five children.