Our best wishes for a safe and happy celebration of Independence Day.

As we again commemorate the passage of the Declaration of Independence by the Continental Congress on July 4, 1776, it is important to remember what our forefathers believed and what has been the underlying foundation for this nation since then. Britannica reminds us that: “The Congress had voted in favour of independence from Great Britain on July 2 but did not actually complete the process of revising the Declaration of Independence, originally drafted by Thomas Jefferson in consultation with fellow committee members John Adams, Benjamin Franklin, Roger Sherman, and William Livingston, until two days later.” 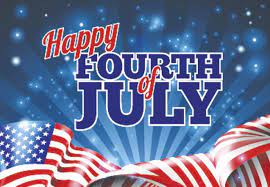