Yesterday’s eighth annual “Opportunities in Energy” event offered a mix of topics that should have whetted the appetite of almost anyone interested in the advanced energy economy and its future in the Volunteer State. 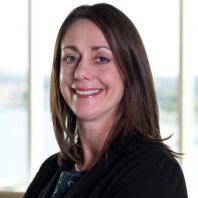 Ahead of the panel discussions, Susan Peluso, Director of Business Development and Network Partnerships at Verizon, addressed the topic of the “Future of Networks” and their implications for the advanced energy sector. “5G can super-charge the electrical grid,” Peluso told attendees. “The energy sector is among the most significant test cases for 5G-enabling technologies.”

In response to Siefried’s question about what motivated Clayton’s ESG commitment, Lujan said, “It’s our people.” James talked about the willingness of Tennsco to “step out from its peers. We are always striving to be good corporate citizens.” Bulgarino described “a perfect storm” that includes everything from technological evolutions to price reductions in technology and resiliency factors that “resonate with people.”

Chassen Hayes, Director of Business Development for the Tennessee Department of Economic and Community Development, moderated the panel of “Blue Oval City” – the largest investment ever made in the U.S. in electric vehicles at one time by any automotive manufacturer. Ford Motor Company plans to invest $11.4 billion in the all new mega campus in Stanton in Haywood County that will result in the creation of approximately 6,000 jobs.

“The advanced energy sector has grown at a faster pace than the overall state economy,” Welsh said. Perhaps most illustrative of its impact is the average annual salary of $63,586 which is 33 percent higher that the statewide average for all other jobs.