There will be a new byline appearing on teknovation.biz articles in the weeks ahead, and the name of our new Assistant Editor will be familiar to Knoxville residents. 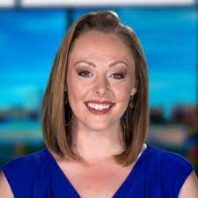 “When we launched the search for an Assistant Editor, we were looking for a great writer,” said Marty Brown, PYA President and Chief Executive Officer. “What we found in Shannon was a person who could not only help us to continue to tell the stories of entrepreneurs pursuing their passion and established businesses focusing on their continued growth, but to do so through a new dimension – video. And, with our less than two-year old video operation that is focused on our clients, we have added an on-camera presence to round out that award-winning team.”

After graduating from Auburn, Smith served for a little more than two years at KFDA-TV in Amarillo, TX before joining WBIR in January 2018. She won her Emmy earlier this year in the hard news category of the 2022 “Midsouth Regional Emmy Awards” competition. Smith was a three-time first place winner in the 2021 “Golden Press Card Awards” for series writing, feature reporting, and pandemic reporting.