Vanderhoofven said Three Roots has raised about $75 million over that period and either invested or loaned about $32 million. During his remarks to a roomful of attendees, he described a variety of projects from Cookeville to Johnson City. 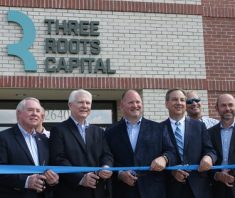