We first met Rodolphe Pierre-Louis in early 2020 during one of the early events hosted by the Johnson City-based start-up support organization that had just rebranded itself as FoundersForge.

As we noted in this teknovation.biz article from April 2020, the native of Haiti who moved to this country at age 12 and lived briefly in Johnson City during his senior year in high school was back in the Appalachian Highlands shepherding his new venture named ActionVFX. The company provides stock video footage for visual effects and motion graphics. The letters VFX stand for visual effects and are used to describe imagery created, manipulated, or enhanced for any film or other moving media that cannot take place during live-action shooting. 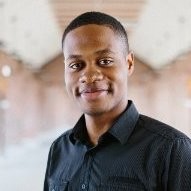 Last Thursday, Pierre-Louis was the speaker at the noontime “Founders Meetup” hosted by FoundersForge. His topic was “What I Learned Building a Seven-Figure Business,” so we tuned-in to see what he had to say and share what Pierre-Louis said are the “10 main things that I have learned.”

While all of his observations were important, I was particularly moved by his conclusion. “In the end, it’s not about the money you make but the people you impact,” Pierre-Louis told the group. So, what were his 10 main learnings? Here they are in the order he presented them.