One would expect nothing less than an early crossing of the finish line for Bailey Foster, Founder of the Real Good Kitchen (RGK), and that’s exactly what happened sometime between last Friday afternoon when we toured the 2,500-square foot facility and early Saturday morning when she exceeded the $30,000 goal for the Indiegogo campaign.

Launched in mid-December as described in this teknovation.biz article, the campaign was focused on providing operating capital, funding for additional storage and production equipment, and seed capital for a food entrepreneurship fund. The campaign closed Saturday night after raising $30,802 from 184 supporters.

RGK has been a more than three-year journey for the determined Bailey whose passion for the project was captured in our inaugural article in October 2018. There have been many obstacles to overcome to bring the city’s first full-service, shared commercial kitchen and food business incubator to the Magnolia Avenue corridor of East Knoxville.

Bailey has five clients, many first-time food entrepreneurs, and two more that will be onboarded at RGK this week. The existing users include donut and pimento cheese makers.

How many different companies can the space accommodate?

“I like the number 50,” she says. The biggest variable is the number of hours a week or month that each client needs and the time of day that they need access to the facilities and equipment. Some users might need a morning, others an evening, and maybe some just on the weekend.

As described on RGK’s webpage, there are four membership packages – hourly, starter, producer and full-time. Each comes with a different number of hours per month for both kitchen and non-kitchen time, amount of storage, advance scheduling requirements, and costs. The minimum price is $200 a month while the full-time option costs $1,500 a month.

Bailey is not using the entire building and a neighboring one, so expansion is clearly a possibility. The kitchen is located in the back of one building, and the front of that space lends itself to a combination retail and event space with the latter becoming more feasible as the COVID-19 pandemic eases.

Here are some photos from our Friday tour of the space. In order, we captured the prep area, one of the stoves, Foster in the storage racks, the clean-up space that she suspects is the only one of its type locally with a window, the cold storage unit, and the unfinished space that is targeted for retail and possibly events. 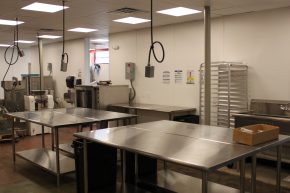 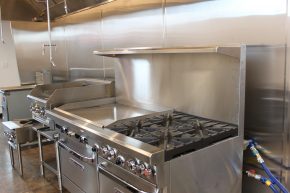 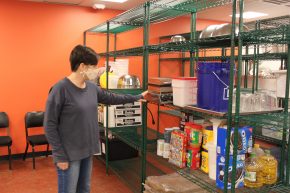 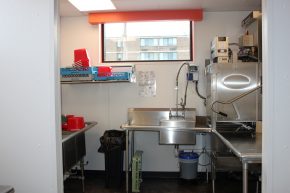 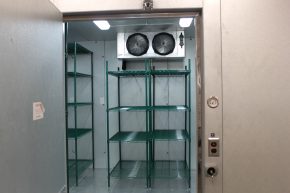 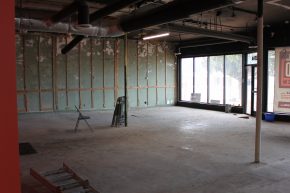