Yesterday was his last day as Chief Executive Officer (CEO) and Executive Chair of the company’s Board of Directors. Goss now becomes non-executive Chair. He will be succeeded as CEO by Mark DeGraff, a 20-year employee of Pro2Serve. Others on the new executive team are Sherry Browder, President and Chief Operating Officer, and Mark Haub, Chief Financial Officer, both reporting to DeGraff. 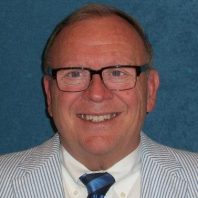 “I am extremely pleased to be able to turn the leadership of Pro2Serve over to the executive management team of DeGraff, Browder, and Haub,” Goss said in a company-issued news release (Pro2Serve-Goss Retirement). “They are experienced leaders with high integrity and proven records of success. Our employee-owners will be well served by their guidance into the future.”

The former SAIC executive started Pro2Serve in the family home before he soon learned that his wife was not happy with the decision and quickly moved into the then relatively new Technology 20/20 incubator. He told us in a 2012 teknovation.biz series (Part 1 and Part 2) that “I did not see national security as a focus at the time, nor did I anticipate how heavily we would become involved in solving national security issues.”

Since its founding, Pro2Serve has grown to open offices across the country while maintaining its headquarters in Oak Ridge. Along with Goss, company’s Board members are Bob Van Hook, Gerald Boyd, Alan Wade, and General (ret.) David Turner.