To say that Knoxville resident Peter Coromilas Jones has a great deal of knowledge about international business would be an understatement.

He was raised in Greece and Lebanon and is bilingual (Greek/English) and fluent in Spanish and French (along with basic Turkish, Urdu, Portuguese, German and Russian). Jones has resided in Pakistan, Turkey, Afghanistan, Kuwait, Sudan, Nigeria, Greece, Denmark, Lebanon and Switzerland. Finally, he has business and cultural experience in nearly 90 countries and has worked as an entrepreneur in DNA forensics, energy services and security technologies. 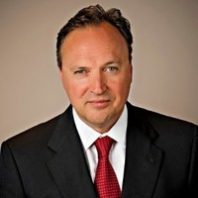 Today, Jones is completing his first term as one of 16 members of the Board of Directors of the National Association of District Export Councils (NADEC), a non-profit organization focused on increasing awareness and understanding of the importance of exports to the U.S. economy. He represents the Software-as-a-Service (SaaS) sector on the Council.

“Our mission is to help SMEs (small- and medium-size enterprises) on exporting and trade issues,” Jones explains. NADEC’s Board is an extension to the more than 60 District Export Councils around the country that are affiliated with the U.S. Department of Commerce’s Export Assistance Centers and the U.S. and Foreign Commercial Service, all supporting the nation’s export promotion efforts.

“Sixty percent of the exports in the U.S. come from SMEs,” he says. “Unfortunately, most companies don’t know the services that the Department of Commerce provides, and we are working to change that fact.”

We met Jones several years ago and reconnected recently to get his insights about the state of international trade with so much disruption occurring in supply chains due to COVID-19 and other factors. Not surprising for those who know him, Jones had some insights for business executives at all stages – from start-ups to well-established companies.

“Innovative companies are the ones that are going to lead the charge,” he says. “COVID was devastating to some industries like travel, tradeshows, and shipping, but it had a positive impact on others.” Those falling into the latter group include businesses in SaaS, defense, agriculture and cybersecurity.

“Anything in physical or software security is really booming,” Jones said. “People are worried about getting hacked or shutdown and having to pay a million dollar ransom.” That concern also extends to food security which he says has become a big issue internationally.

Having watched the ebb and flow of international trade for decades, he notes that many countries are becoming more competitive from a technology perspective. Jones cites two South American countries – Argentina and Brazil – as examples. The latter is one of the five that comprise what is frequently referred to as BRICS. In addition to Brazil, the other four are Russia, India, China and South Africa that collectively represent about 42 percent of the global population, 23 percent of global gross domestic product, 30 percent of the world geography, and 18 percent of the global trade.

Later, he helped launch PIPS Technology Inc. and expand its product offerings of automatic license plate recognition for law enforcement and intelligent transportation sectors to more than 30 countries. PIP was subsequently acquired by a Fortune 500 company, but Jones had adopted Knoxville as his permanent home.