(EDITOR’S NOTE: This the final article in a four-part series spotlighting the plans for entrepreneur centers serving the eastern half of Tennessee.)

The Knoxville Entrepreneur Center (KEC) instituted a lot of changes in 2021 and plans to build on them in 2022 as it continues to focus on supporting those who are growing businesses in the community.

Last year saw an early start with the official announcement in January that Chris McAdoo had been hired as Director of Strategy and Engagement (see teknovation.biz article here) and an announcement in August that Catherine Porth, Founder of the “Let Her Speak” platform and a long-time volunteer, has been named Director of Insights and Development (see teknovation.biz article here). Both individuals had been involved with KEC in the past, and Executive Director Jim Biggs says their addition to the team is a key part of KEC’s goal of making Knoxville the most Founder-friendly city in the country. 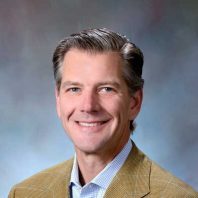 “That’s an intentional choice of words,” Biggs says. “The Founder is the most important part of all we do. Our mission is to change lives through entrepreneurship. We want an accessible, diverse and sustainable entrepreneurial community.”

In McAdoo, KEC brought onboard a person with firsthand experience launching businesses and also effectively communicating their vision, mission, and aspirations. McAdoo describes himself as a “recovering advertising agency creative director,” having exited Design Sensory in 2020 where he was Creative Director and Account Manager. That company acquired his firm – Best Behavior Creative Club – in 2018.

One of McAdoo’s first actions, even before he was announced as a full-time KEC team member, was to launch the “#Made for Knoxville” series of conversations with the region’s diverse set of entrepreneurs. It also reflects KEC’s “Founders First” philosophy which Biggs says is about “zeroing-in on people who are making it happen.” As such, “#Made for Knoxville” has spotlighted a variety of those individuals . . . from those that are part of the community’s vibrant Maker Community to serial entrepreneurs like James Horey, Mac Bartine and Brandon Bruce, and finally to seasoned executives like Patricia Bible, President and Chief Executive Officer of KaTom Restaurant Supply Inc., a 13-time honoree on Inc. Magazine’s listing of the 5000 fastest growing privately held companies in the U.S.

Then, in conjunction with Knoxville’s “Startup Day” in October, KEC rolled-out a new brand, further reinforcing the enhanced emphasis on Founders and community-driven engagement.

In Porth, the organization brought onboard a person with a strong track record of championing women’s initiatives, supporting underserved groups, and serving as a mentor to many. One of the programs which she leads is the “Women in Entrepreneurship” group that has as its stated goal “empowering women in business through community and connection.”

“She will also be more involved in the ‘100Knoxville’ initiative,” Biggs said. Cohort 3 of the program has just been announced with sponsorship from Bank of America, and KEC has already secured additional funding from sponsors for two more cohorts for the initiative with a goal of growing Black-owned businesses in Knoxville by $10,000,000 in five years.

As if that’s not enough, Biggs says Porth will also “help us ensure we are measuring outcomes and impact.”

KEC also added Courtney Hendricks, most recently Brand Manager for Blackberry Farm, to the team in September as Director of Maker Initiatives. The Maker City has grown to include more than 400 members in the ever-expanding Maker City directory, and Hendricks brings high level event, organizational and creative management experience to help lead expansion of programming and outreach in 2022 and beyond.

KEC will also be adding a person to manage a recently awarded grant from the Kauffman Foundation focused on the all-important topic of access to capital. “This person will be a connector and provide air traffic control for the capital ecosystem,” Biggs explains, citing three specific goals:

Biggs sees the overall effort as what he describes as “a steppingstone to raising a separate co-investment fund” that would hopefully align with the state’s plans for the federal “State Small Business Credit Initiative.” The final proposal from the Bill Lee Administration is due to the U.S. Department of the Treasury in mid-February.

As if that’s not enough, there are the regular, ongoing programs like “The Works,” “What’s the Big Idea,” “Inflection Point,” “Brandcamp,” and Etsy classes plus the ever expanding partnership with Memphis-based AgLaunch. In November, the U.S. Small Business Administration selected AgLaunch as one of five new “Regional Innovation Clusters” (RICs) for its proposal to form the “Southern Appalachian AgriFood Innovation Cluster” in conjunction with KEC (see teknovation.biz article here).