(EDITOR’S NOTE: This is the second article in a three-part series spotlighting Terry Turner, President of All Occasions Party Rentals in Knoxville.)

“It was scary,” Terry Turner said in reference to the acquisition of Party Rentals by a company named Rent X. “None of us had ever worked for a big corporation. They were more into tool and equipment rental than party rentals.”

Rent X had about 65 stores in early 1998, assembled through the acquisition of smaller mom and pop locations across the country. Yet, the party rental business was generating more revenue that the equipment rental side in Knoxville.

After about a year of working under a New Mexico-based Regional Manager who left the company, Turner received a call one day from a Rent X Vice President urging him to apply for the Regional Manager position. It was something that he had not planned to pursue because Turner’s immediate local supervisor was also an applicant.

Eventually, he was persuaded to do so and received a call from the Vice President on a Friday afternoon saying, “We think you’re the guy.” Part of the decision to select Turner revolved around Rent X’s recent acquisition of five rental stores in Columbia, SC with a sixth satellite location in Atlanta. These locations had about 50 percent party rental revenue. 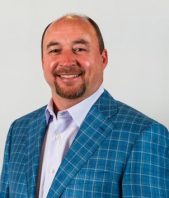 “They wanted me to lead the integration of these stores at 32 years of age,” Turner noted. Soon thereafter, he assumed additional responsibility for eight stores in Virginia. In 2002, HSS, a United Kingdom-based enterprise, acquired Rent X.

“We decided my best role was to manage the party rental part of the business,” Turner explained. That was basically the Atlanta, Columbia and Knoxville component.

Yet, the straight-talking Clinton native said he had learned over the years that “I don’t like taking orders from anybody.” That and some ethical concerns caused him to begin looking at other opportunities including one that would require the family to relocate to Cincinnati.

“This was sounding pretty good, but Regina (his wife) did not want to move,” Turner said of the opportunity. After considering it for a few months, he asked himself, “Why am I leaving Knoxville? I’m the face of the company.”

What was his alternative? It was going out on his own, something he began to discuss with a few people including Chuck Rothstein, the individual who had given him his first job in the party rental business in 1991.

“I planned to start small, but Chuck said I could not do so,” Turner said, adding, “He agreed to support me with a commitment that I would eventually move back into the building he owned.” That was the location of the HSS Rent X Knoxville operation and the home today of All Occasions Party Rentals, the name Turner chose for his new venture.

“I found a rental store in Augusta (Georgia) that was going out of business and bought all the equipment I could,” he says. Along with his father, brother and a few friends, they drove to Augusta, loaded the equipment, and moved it back to Knoxville. On November 13, 2002 – Turner’s birthday and the anniversary of his full-time employment at Party Rentals, he resigned from HHS Rent X. With vacation pay, he was good until the end of the year.

“It was painful,” Turner says. “I cried like a baby.” Exacerbating his emotions was the fact that his family resided at the time off Amherst Road, and he refused to drive by the building where he worked for years.

“We officially opened in February 2003,” he said. All Occasions Party Rentals had two trucks plus a pick-up and a 12,000 square foot building on Hayfield Drive. “I was sued by HSS Rent X for a non-compete that I never executed.”

A little more than a year later, Turner was approached by HSS Rent X to purchase the local party rental operation. “I had beaten them to a pulp,” he explained. All Occasions relocated into the building on Middlebrook Pike that Turner knew so well in June 2004, and he has been there 28 years minus about 14 months.