(EDITOR’S NOTE: This is the final article in a two-part series that spotlights the history, culture and philosophy of a more than six-decade family-owned business in Knoxville that is undergoing a transition from the second to third generation.)

Lisa Rottmann says she thought she wanted to be a lawyer.

After working at Stowers Machinery Corporation, the family-owned business that was founded in 1960 by her grandfather and his two brothers, on college summer breaks, Lisa knew this was a special place where she wanted to spend her career.

Today, Lisa and her husband, Ed, are preparing for the transition of East Tennessee’s Caterpillar dealer to the third generation of the family. Caterpillar officially approved this transition in June 2020, which was a shared dream of Lisa and Ed’s when they moved back to Knoxville in 2012. 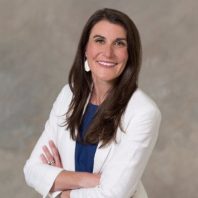 Lisa graduated from Furman University with a B.A. in Political Science and History and Vanderbilt University with an MBA in Organizational Performance and Finance. After graduation, she spent nearly three years with Booz Allen Hamilton as a Senior Consultant in Huntsville. Ed is also a Vanderbilt MBA graduate, former Booz Allen Intern, and Cost and Financial Analyst with the U.S. Department of Defense’s Missile Defense Agency in Huntsville. He spent nearly three years with NCR Corporation between earning his B.B.A. at the University of Kentucky and entering Vanderbilt’s Owen Graduate School of Management.

The decision to leave their very good jobs and move to Knoxville was not without risk. “It wasn’t a gimme,” Ed said, explaining that Caterpillar would have to approve any ownership transfer. Lisa explained it with one of her father’s favorite phrases: “Just because you were born on third base doesn’t mean you hit a triple.”

Both earned their respective spurs the hard way – working in various parts of the multi-dimensional Stowers Machinery enterprise while also adding three children to the mix since 2012. Of her husband, Lisa said, “He came in and had to earn the respect.” For his part, Ed says, “I thought I knew what a family business was like, but it was so different. You wear so many hats, all focused on taking care of the customer.”

He also learned something very important about Stowers Machinery. 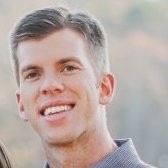 “It has a very unique culture.” Ed says. “People will work really hard, but they also feel really good about what they did at the end of the day.”

Both also benefitted from working elsewhere and from mentors who served them when they joined Stowers Machinery.

As he prepares to fully transition out, Wes says that the business is much more complicated than it was when he joined more than 30 years ago. The customer base is also different, and technology is more advanced than ever, but it is clear that he feels good about his more than three decades leading the company.

“I stand on the shoulders of others,” he adds. “We are stewards of this business. We were never looking to build it up and sell. To win in the marketplace, you have to provide the best value,” and he clearly feels the company has done so.

As far as the future, Wes worries about “Black Swans – the things we don’t know that we don’t know.” Those include inflation, the fractured political environment, interest rates, and more regulation. “I want people to say what we can do, not what we can’t do.”

Lisa embraces the same philosophy that her father espouses.

“You (as a leader) have to be confident and engaged, but it’s really about the team,” she says, noting that there are many Stowers Machinery employees who are multi-generational just as she is. “What I love beyond the company and the employees are the amazing customers we work with and the relationships we established. Everything our customers do is building our communities.”

Acknowledging the “Black Swans” that her father referenced, Lisa calls them “external factors beyond our control.” She describes the rate of change that is occurring as “unprecedented” and says that continuous improvement must occur without changing the culture that is Stowers Machinery.

“We’re a relationship business,” Lisa says. “Recruiting and retaining our talent are our best tools to be successful. I’m very optimistic . . . about our team, our legacy and our future.”