(EDITOR’S NOTE: This is the first article in a two-part series describing the ways that Knoxville’s Josh Smith is trying to help his community and those who have been incarcerated transform their lives.)

Knoxvillian Josh Smith is driven by two passions. One is to help those who have been incarcerated transform their lives so they never find themselves behind bars again. The other is to follow the philosophy espoused by David Greene, Founder of the Hobby Lobby retail chain, in his book titled Giving It All Away . . . and Getting It All Back Again.

In Smith’s case, those two passions intersect around the person he once was, the way that he transformed himself and is championing the same approach across the state and beyond, and the commitment that Smith and his wife have made in following the three-part philosophy that Greene has embraced.

As described on the Amazon site for the book, Greene advocates for individuals to: (1) work with all your heart for God and not for men; (2) think ahead, but hold your plans lightly – you don’t know what God has in store for you; and (3) consider what you want your legacy to be. “Follow Green as he invites you to see that a life marked by generosity can also be a life full of adventure – a life that pays the best rewards, changes the lives of those around you, and gives you the tools you need to leave a lasting legacy,” the description of the book suggests.

For Smith, life proved challenging from an early age. He grew-up in a single-mother household, lived in government housing, was removed from his home at age 11 due to abuse, and was convicted of 10 felonies by the time he was 16. Five years later, the 11th-grade dropout entered the federal prison system, convicted of trafficking in drugs, and without any plans to exit it any different than how he entered. 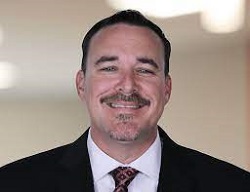 “The turning point for me (in prison) was also just an interaction I had with God,” Smith (pictured right) says. That happened early in his sentence, but it had a profound impact on his life and his beliefs going forward.

Smith was also fortunate to be placed in a federal facility where business executives convicted of white collar crimes were also incarcerated. He recalls thinking, “Wow, I have access to all of these people,” and he took advantage during the five years he was in prison to listen to and learn so much about various aspects of business from Chief Executive Officers (CEOs) and Chief Financial Officers (CFOs).

He recalls others asking him, “What are you doing? You’ll be back.” The unexpected opportunity to tap into the experience and knowledge of seasoned business executives allowed Smith to start setting different goals for himself once he was released from prison.

Like with his life up to the date he was released, however. Smith still faced challenges. All of the books that he read, CEOs and CFOs he met, studying Smith did, and plans he made did not alter the reality of the world where ex-convicts are still punished by what he describes as “an onerous set of legal restrictions.” One example was eviction from government housing where his wife had been living because of his status as a felon.

“I had to beg for my first job making $6 an hour,” Smith says. Yet, he persisted, persevered through hardships, invested in himself through self-education, and succeeded, never going back as many predicted. From those post-prison days, he is reminded of the admonition that “luck is when preparation meets opportunity. I wanted to be sure I was prepared if that opportunity came along.”

It did in the form of Master Service Company, originally known as Master Dry, that Smith built into a $30 million enterprise with more than 180 employees. The residential waterproofing and foundation service company was providing a good IRR (internal rate of return), and the Smiths had just bought their dream home when he was introduced to the philosophy that Greene espoused.

One of those concepts calls for taking a salary, just like other employees, and looking for opportunities to give away the individual’s or couple’s wealth. “We started praying about that decision,” Smith said. Then, they met Greene and made a commitment to follow those principles.

“We (Smith and his wife) started writing a covenant to God,” he says. The document included the maximum salary Smith would take from Master Service Company and also how they would use the funds they had accumulated since his release from prison to help others.

“We started living below our means,” Smith told us. “We continued to be strong givers and investors.”

And, just like Greene’s admonition to “think ahead, but hold your plans lightly – you don’t know what God has in store for you,” Master Service Company continued to thrive. “We nearly doubled in revenue in the next 12 months,” Smith said.

In 2019, a Connecticut businessman offered to purchase the Knoxville-based company, and Smith and Larry Janesky agreed to a deal within weeks. Once the sale was completed, he committed $8 million from the proceeds to fund a new entity named the Fourth Purpose Foundation that seeks to be a catalyst to make prison a place for transformation, not simply rehabilitation.

On former President Donald Trump’s last day in office, Smith was granted a pardon. In a Knoxville News Sentinel article published on January 20, 2021, he was quoted as saying, “”What God has allowed me to experience in my life is just unbelievable. It’s a miracle unto itself. There’s no reason I should be here. Somebody just texted me the words, ‘Man you deserve it.’ And I texted them back and said no I don’t. I don’t deserve any of the things I’ve got. I did break the law. I did things that hurt people. Drugs hurt people. But yet God in his grace and mercy has allowed me to have the things I have. This is just the cherry on top.”

Today, helping others transform their lives while still incarcerated is Smith’s passion.

NEXT: The Fourth Purpose Foundation . . . what it does and how its reach has grown.