(EDITOR’S NOTE: This is the first article in a two-part series that spotlights the history, culture and philosophy of a more than six-decade family-owned business in Knoxville that is undergoing a transition from the second to third generation.)

Wes Stowers is a well-known and well-respected business executive in Knoxville. His low-key demeanor and shunting of the limelight belie the passion that the former U.S. Air Force Lieutenant Colonel and fighter pilot feels for the community or the many ways that he and his family have supported East Tennessee for decades.

Currently the Chairman of the Knoxville Chamber of Commerce, Stowers is also in the midst of transitioning Stowers Machinery Corporation, the family-owned business that was founded in 1960, to the next generation. It’s a process he understands fully, having been on the receiving end several decades ago.

PYA colleague Kailyn Lamb and I had the opportunity to learn more about the history of East Tennessee’s Caterpillar dealership and the transitioning process during a recent discussion with Stowers, his daughter Lisa Rottmann, and her husband Ed. After more than 10 years of evaluation, Caterpillar approved Stowers Machinery to transition to the third generation of ownership in June 2020. Surrounded by an exceptional team and supported by Wes, Lisa and Ed are clearly humbled to have the opportunity to continue Stowers Machinery’s legacy.

“It’s really a co-leadership model,” Lisa says, with Wes adding that he no longer owns any stock and will be relinquishing the CEO role soon.

So, what is the history of the company that is described as one of the smaller Caterpillar dealers but also one of its higher performing dealers? 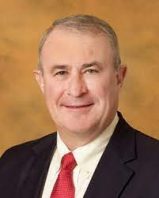 As told by Wes during our interview and described on its webpage, Stowers Machinery Corporation began in 1960 with three brothers: Bud, Dick, and Harry Stowers. The latter was Wes’ father. The brothers grew-up in West Virginia with Wes’ two uncles becoming car dealers while Harry worked as a Caterpillar sales rep.

“Bud applied for a Cat dealership in 1958,” Wes explained. The original Knoxville Cat dealership was underperforming, and the Stowers family was awarded the East Tennessee territory two years later with three original locations – Knoxville, Chattanooga, and Johnson City.  Beginning with just 70 employees, Stowers Machinery grew steadily in the 1960’s as the interstate highway program came to East Tennessee, and the company built new facilities in all three locations. The 1970’s was a decade of rapid growth, fueled by the mining industry and highway construction. The company weathered the recession of the early 1980’s, when most of their local competitors went out of business or changed ownership. Bud retired in 1982, and Harry moved from Chattanooga to the Knoxville headquarters. Dick retired in 1990, two years after Wes left active duty in the USAF to return home.

In describing the early decades of Stowers Machinery, Wes said that his father and two uncles successfully grew the company through several challenging economic cycles, especially in the early 1980s. Then, in the 1990s, the company “grew like gangbusters” before the economic downturn that began in 2008.

“We are very cyclical,” Wes says. “That downturn was a tough time, but we weathered it. More important, we kept our team intact, so we were ready when things started recovering.”

Today, the company’s workforce totals about 415 employees with six locations – East and West Knoxville, Chattanooga, Crossville, Sevierville, and Tri-Cities. Stowers Machinery sells new and used equipment; has rental, service, and parts divisions; and even has a technology component that provides products and services for automated machine operations and fleet management.

Throughout our interview, two key points were reinforced by the Stowers leadership group – a focus on serving the customer with extraordinary service responsiveness and the critical importance of the employees who are part of the team.

“Take care of your people, (then) they will take care of your customers,” Wes says. “Our culture is represented in our workforce. It’s your ability to service the product. Talk is cheap, but people watch what you do.”

That starts with the top executives at the company but is also reflected in the service delivered by the company’s technicians and other staff. Wes is particularly proud of what he says is a “loyal, skilled workforce with very little turnover,” and that is the result of the priority that the leadership team places on employee matters.

For example, Stowers Machinery is a participant in a program for Caterpillar dealers to train technicians. “You do not have to have a technical background to participate,” Lisa says in describing the “ThinkBIG” initiative. As described on the Caterpillar website, the program “pays you while you train to become a technician. Once accepted into this two-year program, you alternate between labs and classroom work, and a paid internship at a sponsoring Cat dealership. When you graduate, you will have earned an accredited degree backed up with over 2,000 hours of work experience.”

“If they (participants) stay for five years, all of the costs of the program are repaid,” Lisa says, noting that Technicians make good salaries that are well above market rates. Stowers Machinery also provides health insurance and a 401k plan.

“We do 80 hours a year on average of tech training,” Wes says, adding, “We punch well above our weight because of our team.”

NEXT: How do you prepare yourself for transitioning a family-owned business?